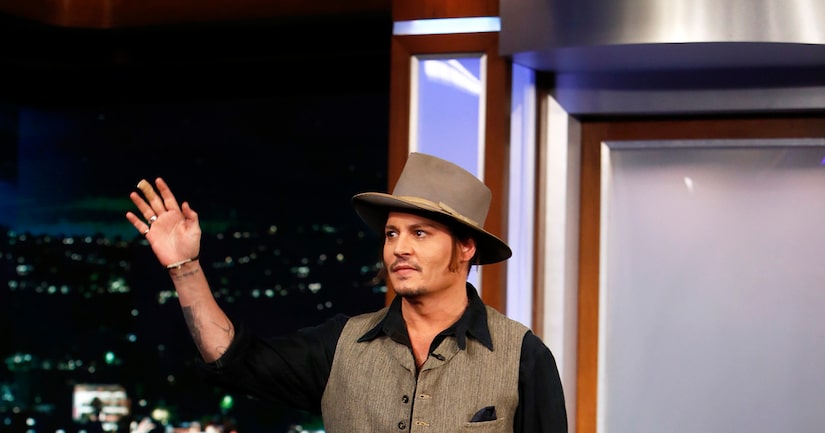 Thursday night, Johnny Depp made an appearance on Jimmy Kimmel Live!, where he chatted about his dogs and wife Amber Heard.

In April, Australia's Minster of Agriculture Barnaby Joyce threatened to euthanize Depp's dogs after they illegally entered the country. Amber was charged with illegal importation for failing to obtain paperwork and producing a false document. If convicted, she could face an 11-year sentence.

Kimmel asked, "They threatened to put her in jail, isn't that true?” Johnny responded, "If they did that, I'd just fly to Australia and assault that man, so that I could go to jail.”

"We were under the impression that we had all the paperwork done for the dogs, we were there with the dogs in front of everybody,” Depp explained. "There might have been other things smuggled. They seemed to miss that bit… might have been. Could have been."

Johnny also expressed his love for Amber by revealing that he would be willing take her last name. Watch the moment!