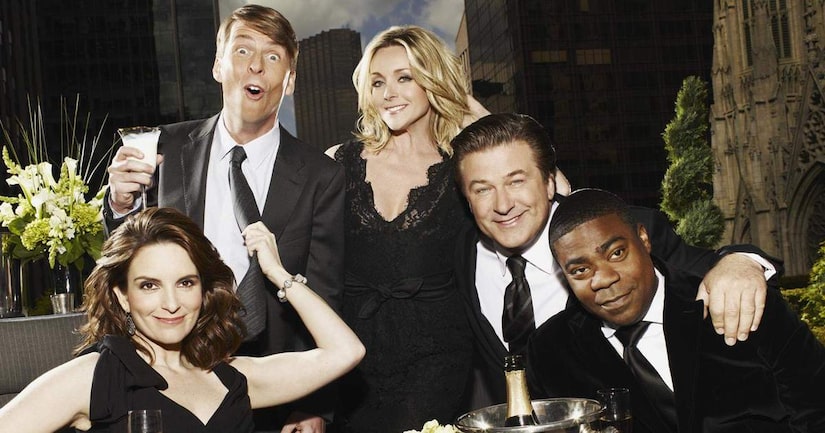 Actress Jane Krakowski, who plays Jacqueline Voorhees on the hit show, would love for him to join her for a mini “30 Rock” reunion. Jane told “Extra” that she has been in touch with Tracy since the comedian was injured in a horrific crash last June.

“We've communicated… Tracy's the one that I really hope we get to see come to our show this season,” she said. "I know Tina and I have both spoken of it… that if he is well enough, there is a place for him, and I really hope that happens.”

Jane gushed over her former co-star, “I love that guy so much, you have no idea the joy and the vaudevillian antics we got into as characters on '30 Rock' and I'm just rooting for him. Seeing him on the 'Today Show' just broke my heart, I love him so much.”

“Extra” also caught up with “30 Rock” star Tina Fey and “Kimmy Schmidt” co-creator Robert Carluck at Netflix's TCA, where we asked them about the possibility of an even bigger “30 Rock” reunion on the show with Alec Baldwin and Tracy Morgan.

Tina said, “I would love for them to be part of the show, because they're two of my favorite actors in the world.”