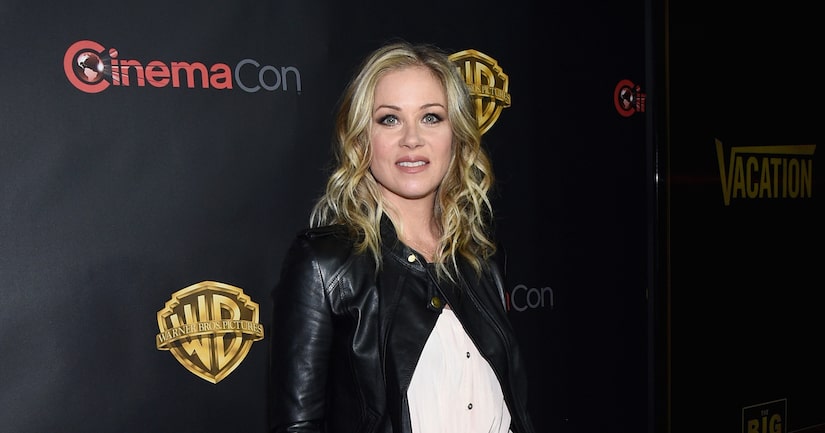 Cancer survivor Christina Applegate recently sat down with “Extra's” Charissa Thompson to open up about her health and her new movie, "Vacation."

The 43-year-old actress beat breast cancer and has been in remission for the past seven years. “I don't even think about that so much anymore until I have to go to my checkups, I try not to think about it too much, it's hard not to, because I have a physical reminder, but I think more about my daughter every day, that's my focus.”

Christina's world clearly revolves around daughter Sadie, 4, who is "very into 'Wicked,' she loves 'The Nightmare Before Christmas,' she could watch it every day if I allowed it. She likes 'The Electric Company'… she also loves 'School House Rock.' I only let her watch educational shows. She knows more about the solar system then I ever did. She said, I have 101 talents, I said, 'Oh really, what are they?' 'Knowing the weather, knowing the solar system, I'm a paleontologist.”

When Christina isn't spending time with her family, she is doing movies, such as "Vacation," which is a sequel to 1983's "National Lampoon's Vacation." Christina said about the movie, "It's the same plot, the shenanigans are different and they're different people and the tone is different, and we're just different people.” 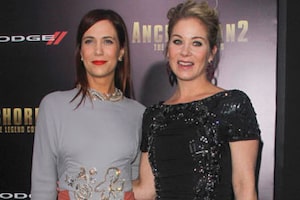 Kristen Wiig and Christina Applegate hit the red carpet at the "Anchorman 2" premiere in NYC. 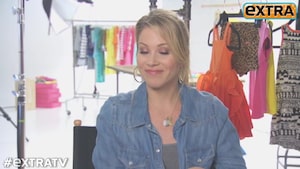 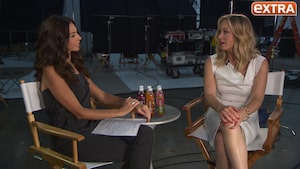