Actor Colin Farrell revealed last night on “The Tonight Show” that he was a suspect in an attempted murder case when he was a teenager. Not to worry, the 39-year-old actor was not charged.

.@TrueDetective is back, and Jimmy gets the details on season 2 from Colin Farrell https://t.co/QDogE6Pv9B pic.twitter.com/pd6kg3w7bx

Farrell opened up about the incident to host Jimmy Fallon during a game called "True Confessions," which also featured his “True Detective” season 2 co-star Vince Vaughn. Each made a "confession" and had to interrogate each other about it, then determine who was telling the truth.

"When I was a late teen, I got brought in for questioning as a suspect in an attempted murder," Farrell said to the pair.

Farrell then told the curious story. "I was supposed to bring my mother to the airport. I was in Sydney, Australia, and was pulled in by the cops. They showed me a photofit of the pencil sketch of the guy that had attempted to murder this other gentleman. [He'd] beat him up and left him in his own apartment, set the apartment on fire and split, thereby leaving the guy to burn to death.”

Fallon and Vaughn then discussed the case in front of Farrell, and determined it was “true.”

"It was terrifying," Farrell said. "I was there for about six hours. Thankfully, a friend of mine had kept a journal, and that particular night at that particular time, we were at a party on the other side of town.”

Watch Farrell and Vaughn in “True Detective” season 2, Sunday at 9 PM on HBO. 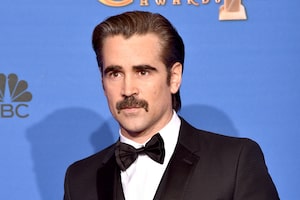 Colin Farrell Chooses Fatherhood over Dating: ‘I Have Not Dated for Four Years’ 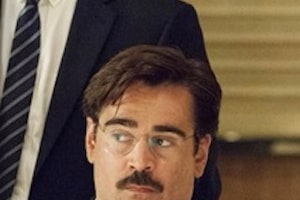 How Colin Farrell Got His Dad Bod for 'The Lobster' 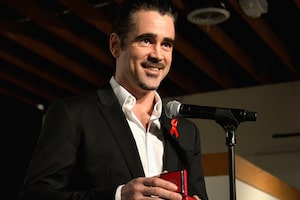