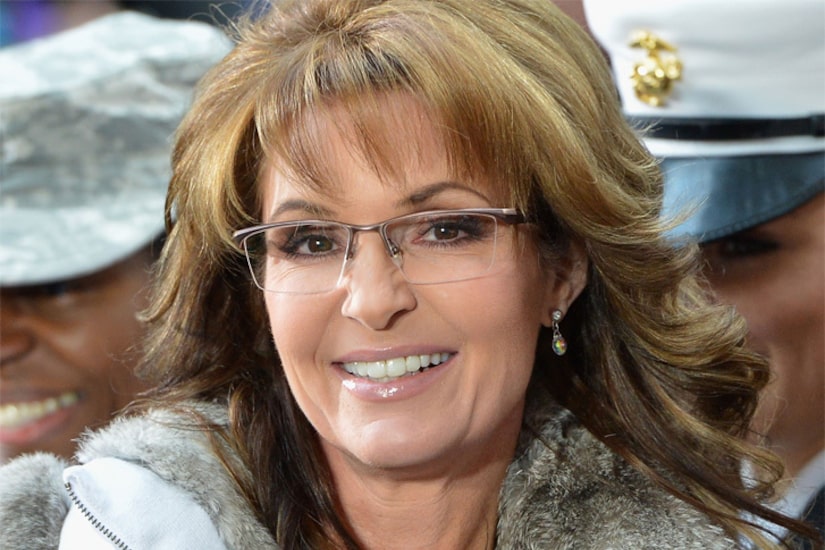 Sarah Palin is explaining her decision to support the Duggar family in the wake of the sexual molestation scandal that has rocked their family. The outspoken former governor spoke to “Extra” at her home in Alaska, revealing why it was so important for her to speak out on behalf of the Duggar family.

“I've been one to speak out on behalf of victims, for one, and there are victims in this issue with the Duggars, and others sexually exploited and assaulted and had to live with the advances, sexually speaking, from someone they trusted.”

Her outrage ignited even further by the media coverage, "The media's hypocrisy about how they try to crucify an entire family for a 14-year-old kid's actions 12 years ago.”

Palin says she feels bad for the victims, “Unfortunately, this had all been rebirthed, and the girls trusted their counselors and trusted law enforcement that they were telling law enforcement and counselors that it would all be confidential and private, and here it's busted out for all the world to see and be humiliated by.”

Palin said she was proud of the way Jessa Seewald and Jill Dillard, who identified themselves as victims of their brother Josh's molestation, presented themselves on "The Kelly File."

"They did such a good job in explaining they've forgiven their 14 year old brother," Palin commented.

She added that she has met Josh, who was accused of touching four of his sisters and a babysitter when he was a teenager, and she feels he is being punished in the court of public opinion, but also feels like he may be able to use this situation to do good, explaining this might be an opportunity for him to "educate others, help others get through tough situations, perhaps that's part of the redemption he would capitalize on and ultimately help society.”

Sarah came under fire herself for dragging actress Lena Dunham into the Duggar controversy, something she is not standing down on. “Lena Dunham is the most exploitive character I've ever heard of who brags about, offers up, is celebrated for her sexual exploitation of a little girl, breaks my heart… she sexually abused a little girl and yet she is rewarded with fame and fortune.”

Palin is always quick to answer any question thrown at her, but the one she is still dancing around, is if she will run for President. "I would never say never. Who knows... stranger things have happened," she said.

Tune in to "Extra" on Wednesday for the full interview.