Cosmopolitan is turning 50 with a little help from Madonna! 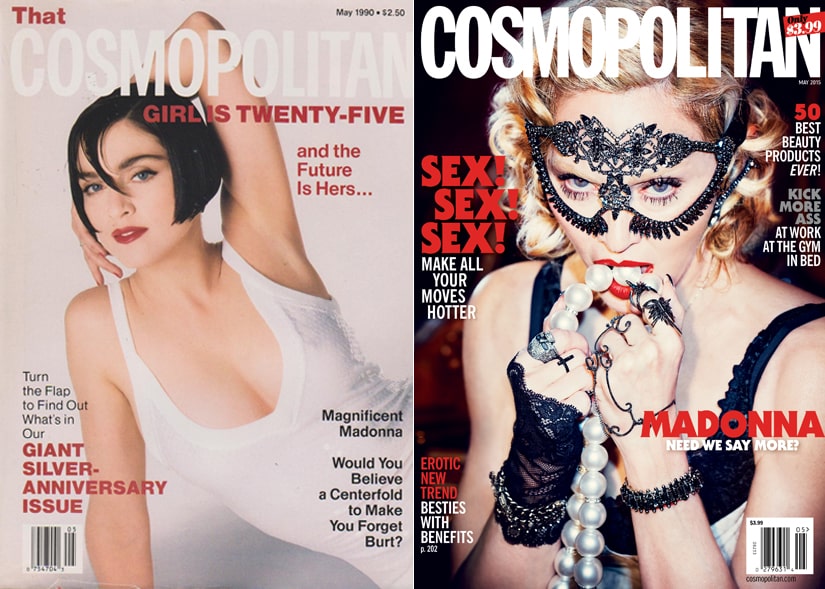 Madge, who graced the 25th anniversary cover, is back for the magazine's 50th. Check out her covers then and now!

In the interview, Madonna dished on her career, sexism, ageism, internet haters… and working with Kanye.

When asked about the longevity of her career, she explained, “Popularity comes and goes. You need to know who you are, what you stand for, and why you're here.”

It has been an uphill battle, Madonna said, in terms of sexism and ageism. “Don't be fooled, not much has changed – certainly not for women. We still live in a very sexist society that wants to limit people. Since I started, I've had people giving me a hard time because they didn't think you could be sexual or have sexuality or sensuality in your work and be intelligent at the same time. For me, the fight has never ended.”

Madonna also dished on working with Kanye on her new album “Rebel Heart.” “It's a little bit of a bullfight, but we take turns. He knows that he's walking into a room with a person with a strong point of view, and I do too. I listen to what he has to say, take it in, and he listens to what I say and takes it in. We didn't agree on everything, but he has good ideas.”

The May issue of Cosmo features not one, but four different covers of Madonna, on stands April 14. Check Cosmopolitan.com every day this week to see all four. 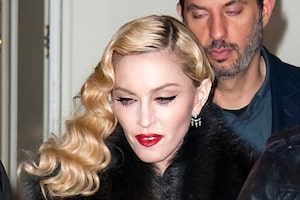