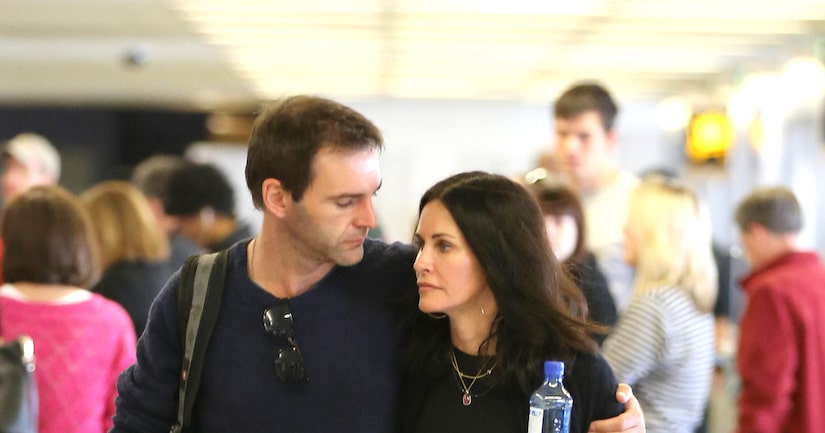 Although there were rumors that they were on the rocks, it sure doesn't look like Courteney Cox and fiancé Johnny McDaid are having any relationship troubles!

The two were spotted looking cuddly and happy as they strolled through LAX on Wednesday, heading for a family vacation.

According to Daily Mail, breakup rumors began a few weeks ago when Cox was seen in tears while having coffee with a friend at a Starbucks. 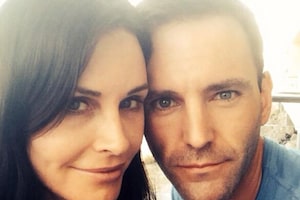 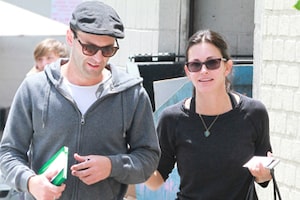 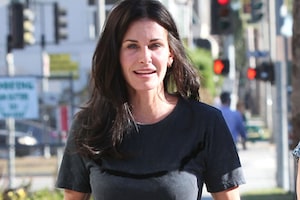 Courteney Cox was spotted on a stroll in West Hollywood.