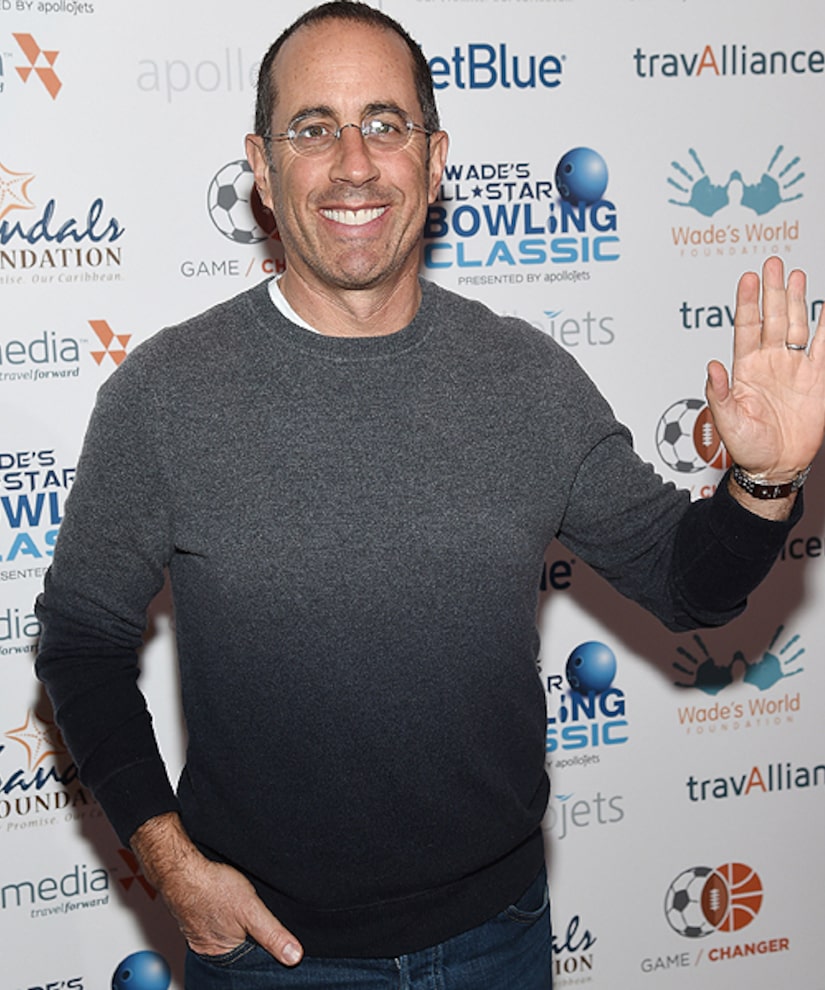 The 60-year-old dished on the 2015 Oscars and whether he would ever host an awards show. “I love to watch it. I love to order takeout Chinese, put on sweatpants and slippers and watch. Why would I host? It's so much more fun to watch.”

The comedian even enjoyed the fashion, revealing his top picks. “I love Lupita… I thought Gwyneth Paltrow looked great.”

One thing he's not a fan of? “I don't like when they push the boobs and really torture them.”

Seinfeld is gearing up for the next seasom of his web series, “Comedians in Cars Getting Coffee.” He explained, “Coming up this spring we have Stephen Colbert and Bill Maher, Steve Harvey and Julia Louis-Dreyfus.”