Rihanna was being her sexy self again this week, and posting hot pics on Instagram.

Following her star-studded Diamond Ball, Rihanna uploaded a series of racy photos, including one of herself surrounded by friends as she smoked a cigar… topless!

She included the caption, “Thank you to this spectacular team for donating their time and hard work at the #DiamondBall… #iLoveYouGuys#Family !!!”

In one fully clothed pic, a friend touches her breast.

She wrote, “the face you make when you the Creative Director of a sportswear company #PUMA." 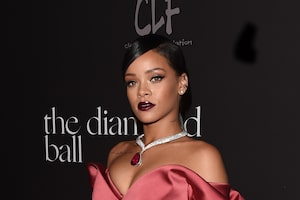 Rihanna Did WHAT with Her Hair? Find Out the Newest Craze! 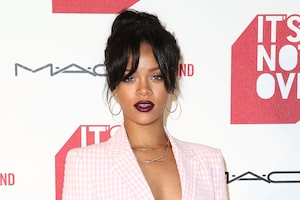 Rihanna’s Tip for Working in an Animated Movie: Be Emotional 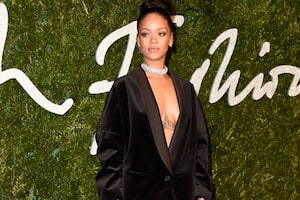