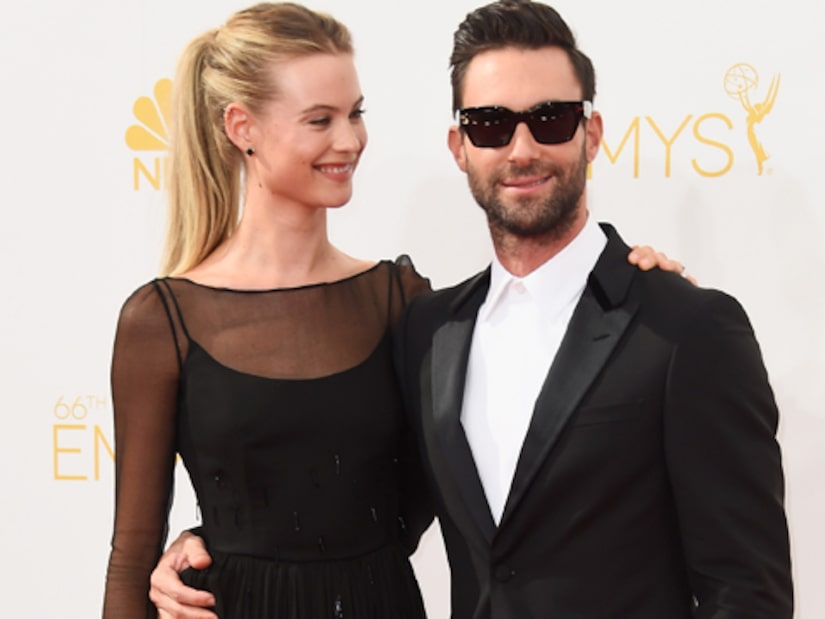 "Extra" special correspondent Poppy Jamie caught up with Behati Prinsloo in London where the model is preparing to walk in the 2014 Victoria's Secret Fashion Show on Tuesday.

The Victoria's Secret Angel dished on married life with husband Adam Levine, the meaning of her new three dot tattoo on her ring finger, and much more.

Behati called getting married “the most amazing thing ever,” adding that it doesn't feel different, “it's just a solidness. You're with the person you should be, so it's a very comforting, amazing feeling, but I don't feel different."

She added that her new tattoo holds a special marriage meaning. “The three dots meaning being one with the earth. I wanted it on my wedding finger so if I take my rings off… I wanted something to [convey] I'm taken.“ 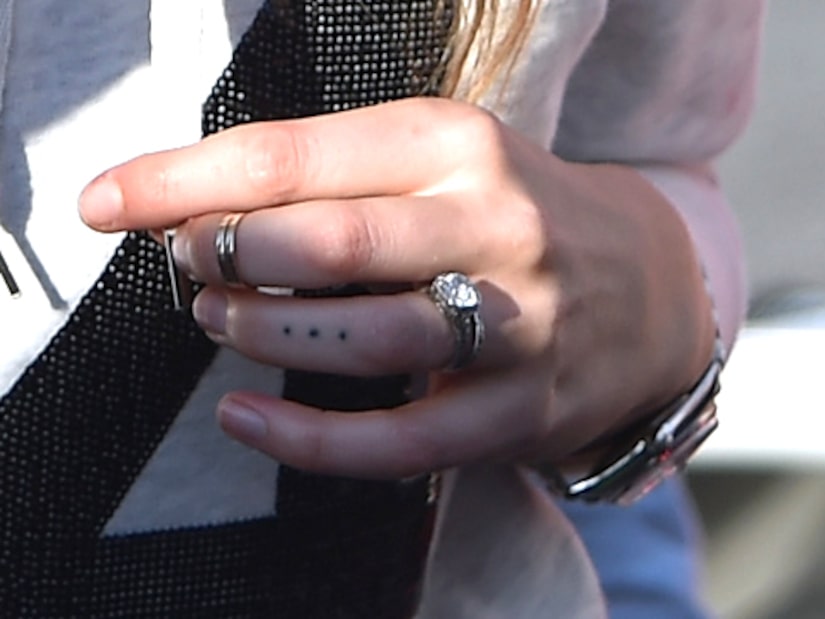 As for her the holidays, Behati said she and Adam “don't have solid plans yet,” but revealed she's been taking cooking lessons. “I've been making roast chicken and everything. My favorite thing is chicken noodle soup... It's been fun. Domesticated.”

When Poppy asked what her favorite workouts included, she said, "Pilates and yoga is my favorite. I hate running…. I get so bored." adding, “Adam actually put me on to yoga. We do yoga together sometimes. He has a really amazing yoga instructor.”

When asked if it gets competitive with who can hold the poses the longest, she said, “No. It doesn't because [Adam] will definitely win.”

On “The Voice” tapings, she said, “When I am in town I will go around and see what goes on, hang out. It's fun,” and on hanging out with “The Voice's” Blake Shelton and his wife Miranda Lambert, she revealed, "I love Blake. He's hysterical. Miranda. Everyone is so nice and very much a family.”

Taylor Swift, who recently performed on “The Voice,” is headed to the VS Fashion Show for a second time. Prinsloo called her an honorary angel, saying that she and Lily Aldridge were hanging out with Swift. “She's so sweet. We are happy to have her back…”

Poppy asked the model what she has planned for after the big VS show, and she revealed, “Usually our ritual… a pizza party.” 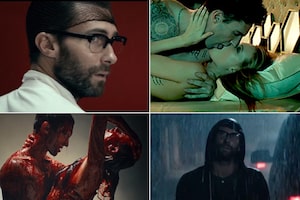 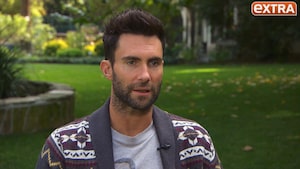 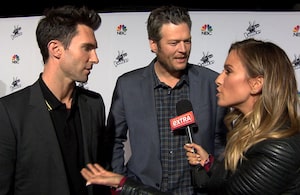