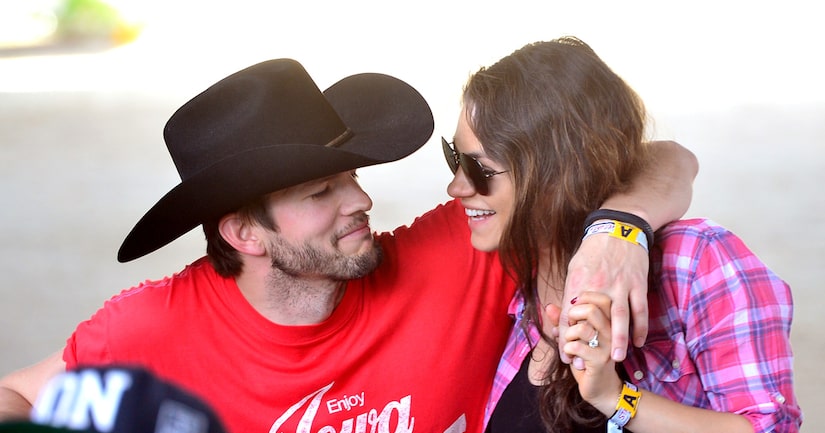 So cute! New dad Ashton Kutcher gushed about his daughter, Wyatt Isabelle, whom he and fiancée Mila Kunis welcomed on October 1.

Appearing on Conan O'Brien's show on Tuesday, the “Two and a Half Men” star beamed, "It's unbelievable. It's the greatest thing on Earth. We're really privileged that we have time and can afford to take time. So we don't have a nanny or a night nurse or any of the stuff. It's just the two of us."

He then explained how they came up with the name, saying it came out of a non-stop baby-naming process at an L.A. Lakers game!

Ashton recalled, "We were going to a Lakers game and I got name Tourette's and I just started listing off anything and everything that I saw: 'Sign! Truck! Wall! Door!' She [was] like, 'Shut up!' Then I was like, 'I've got a really dumb idea. What about Wyatt?' She goes, 'That's it.'" 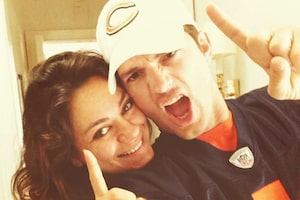 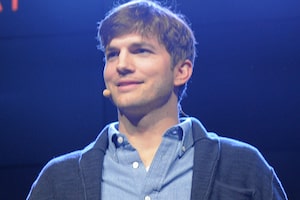 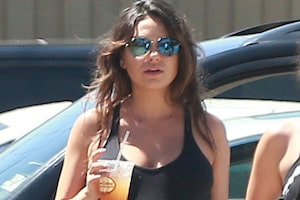