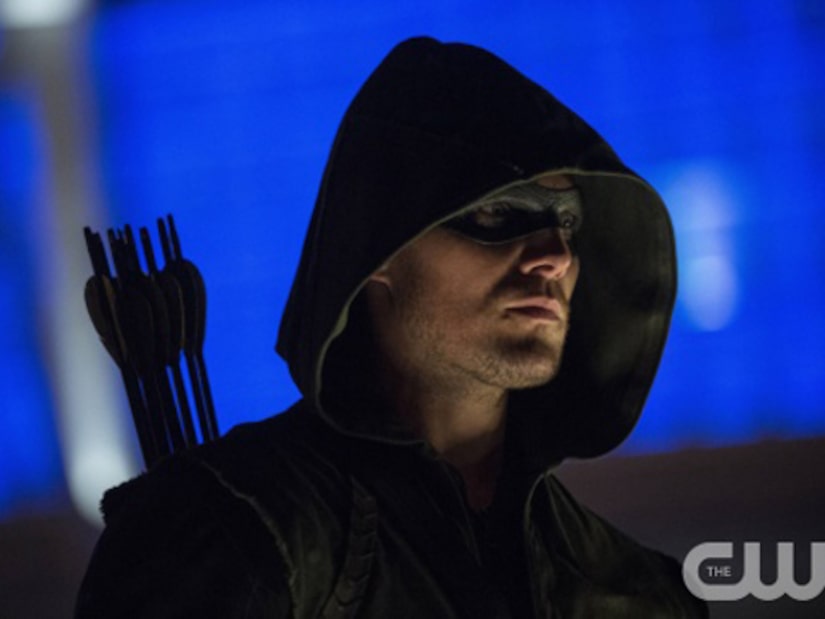 ExtraTV.com was on the Vancouver set of “Arrow” last week, pretending to ride Oliver Queen's Ducati, trying to climb the infamous salmon ladder (#fail), and quizzing Stephen Amell for scoop on Felicity (or should we say Olicity), Thea and more.

Stephen, who joined reporters in the foundry for a candid chat about the CW show, opened up about everything from Oliver's identity crisis, his feelings for Felicity and his mission to find Thea.

Q: Oliver wants revenge for Sara, but he doesn't want to lose his own life too. Is he looking to life after the costume?

A: The theme of the season is identity… he's thrown into this conundrum because of Sara's death… Right now, Oliver can't see past the idea of being the Arrow. That's it. One of the cool things we're doing this year is we're setting up a world by the end of the season where ultimately he will have that choice and one way or another he will make it, but vengeance and revenge is certainly on his mind at the moment.

Q: Oliver and Felicity seemed okay at the end of the premiere, but are things going to get awkward?

A: Sure, but I've always strived for, on the show, making sure relationships are adult relationships. You can kiss someone and you can profess something to them, but that doesn't mean you avoid eye contact with them. There is a bigger goal and a much bigger circumstance in play, so I'm sure things are awkward, but they've got work to do. 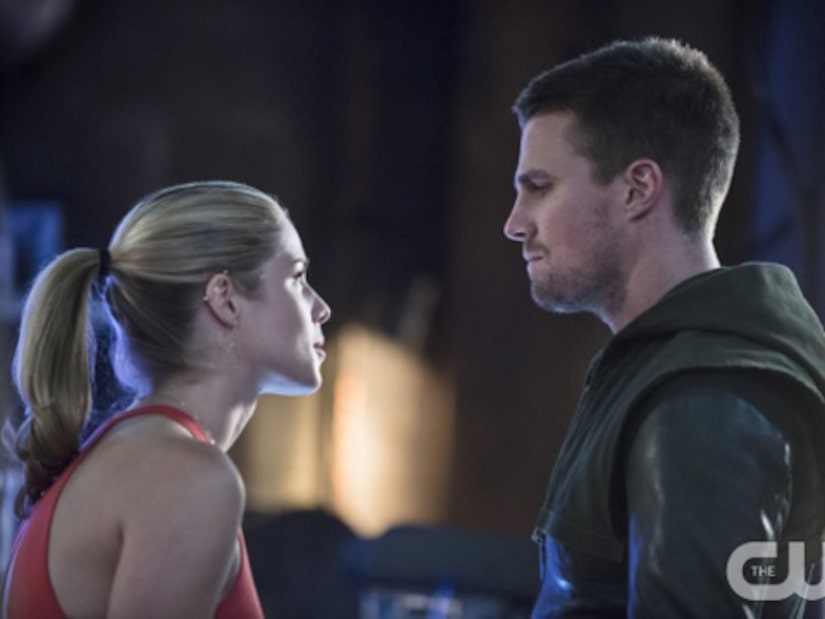 Q: Oliver is on a mission to find his sister Thea. How much does he know about what she's been up to?

A: He knows very little about what she's done other than she's lied about where she is… and Oliver calls her on that immediately, but Oliver comes to the realization that the only way to bring her home -- when it was lies that drove her away -- is to tell her the truth. How much truth he has to tell her is one of the crucial points of the episode.

Q: What about Oliver's reunion with Malcolm?

A: We had 200 extras there. That was exciting. It is a costume-less, weapon-less, fisticuff-less exchange. Concurrently, it's probably the most charged exchange that we've had in the show. 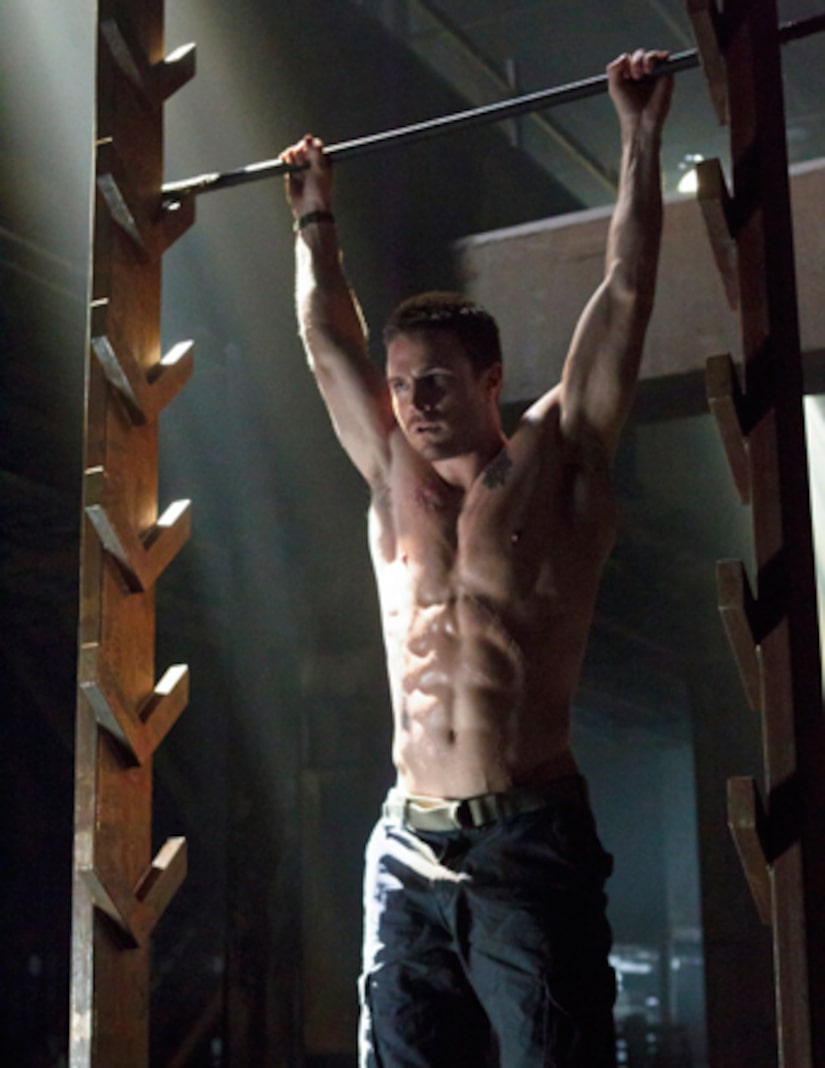 Q: What will we see in upcoming flashbacks?

A: So we're in Hong Kong, which has been a very cool dynamic for the show. This week's episode is going to focus on the time between Thea getting in that limo and when Oliver and the team arrive in Corto Maltese, so I'm not in the flashbacks this week. Episode 5 we have Felicity's flashbacks. We've had a couple of episodes this year, so far that are very different than your standard episode of "Arrow." I would put Episode 2, Episode 5, Episode 10… I would put them all in that category of being a departure from the norm, which again is important when you're into your third season.

Q: Do you love Arrow's new hi-tech bow, or do you miss his wooden bow?

A: I'm really excited for the point in the flashbacks where I either get it or make it. I miss it. It was so much fun. It was a much more fun bow. This bow is kind of cumbersome, like it's heavy and it hurts. But no, the new technology is cool. There are certainly some interesting trick-arrows this year, but that's more of a service for the fans. I like Oliver's wooden bow. We do make some changes to the costume in our fall run, as well, and I was such a grouch when it came to making changes. I'm like, "I like it how it is."

Check back in coming weeks for Stephen's thoughts on the “Arrow” and “Flash” crossover episode and the introduction of Ra's al Ghul!

Watch “Arrow” on Wednesdays at 8PM on the CW. 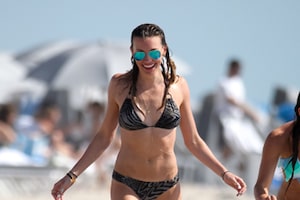 "Arrow" star Katie Cassidy showed off her toned bod in a tight two-piece on the beach in Miami. 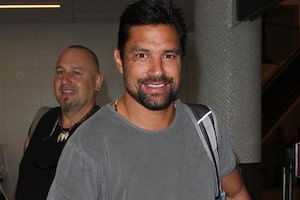 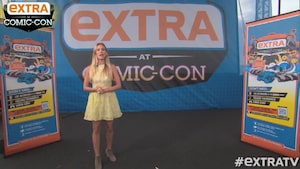