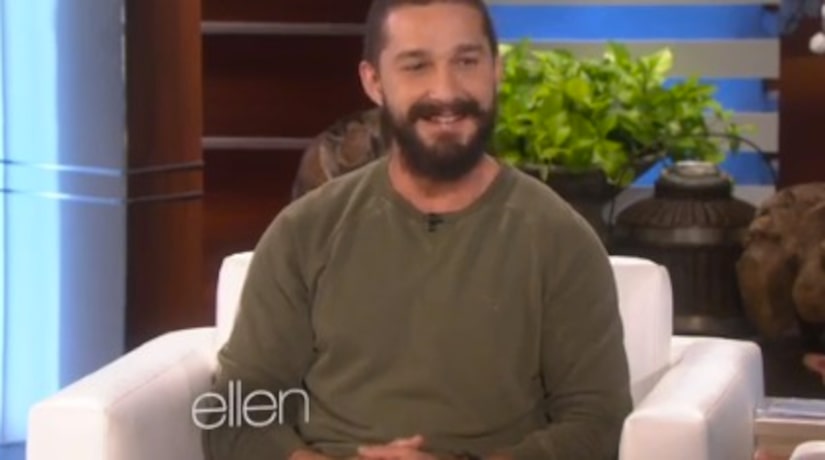 Actor Shia LaBeouf wants us to know he's now on the right track.

Appearing on “The Ellen DeGeneres Show” on Friday, LaBeouf talked about some of the troubles he's recently had, including wearing a paper bag on his head, and a June arrest for disturbing the peace and spitting on a cop.

The “Fury” star told Ellen, "Man, I went through, like, an existential crisis, which turned into kind of like, a, explorations. I had some hiccups, some judgment errors."

Wearing a paper bag on his head and dealing with people saying mean things online, Shia said, “We both suffer from the same thing. I got into this industry because I had this void. I'm a kid of abandonment, so I thought being good at being an actor would somehow fill that void... and so I think people just really want to make a mark. So, people who are online making the comments really just want to make a mark. They want to have an effect. So, I think we suffer from the same thing, which is just a lack of attention and love."

When Ellen asked what scared him the most about his odd behavior, LaBeouf replied, "Jail. Jail was quite scary. I was there for... it felt like forever. I think 24 hours, 25 hours,” referring to the events of his arrest. At that time, the actor had been escorted out of Broadway's Cabaret for disrupting the show.

It wasn't his first time in jail, he admitted, but it was “the worst time. I really went all the way with it. They put a Hannibal mask on me and a lead jacket. It was very scary… I spit on a cop. That's a no-no.” He added, “I'm sorry if you're watching, dude. I'm sorry. That was crazy, man."

Shia credits his mother for helping him see the light by telling him, "'Stop f**king around.'”

LaBeouf added, "It's been a process, you know? I am quite stubborn. And an only child. It's just me and her, so she was mom and dad. We've had it all... now I'm on the right path."