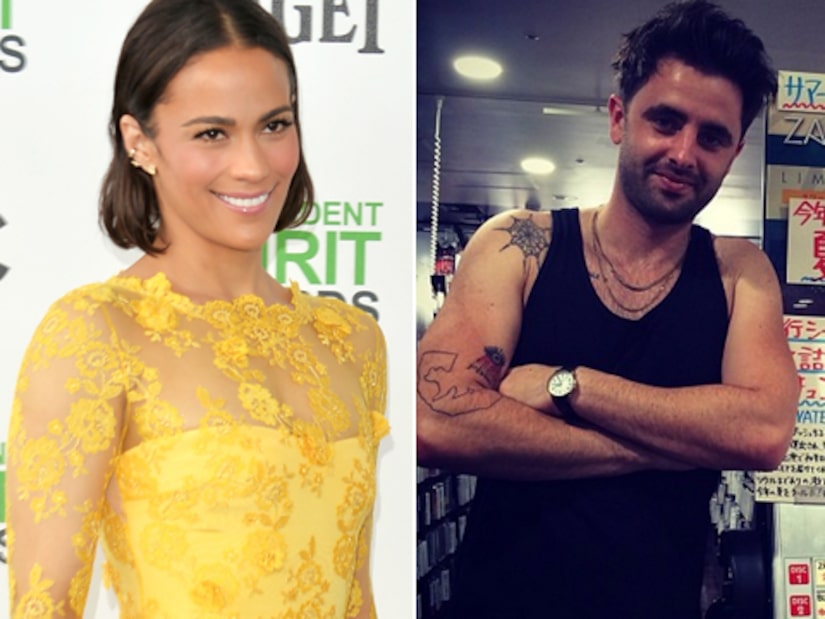 UPDATE: While RadarOnline reports that Paula Patton is dating Zak Waters and that he recently moved in with her, sources at Gossip Cop say it isn't true, and that she doesn't even know him!

Actress Paula Patton filed for divorce from Robin Thicke on Wednesday, and rumor has it that she's already living with her new boyfriend, Zak Waters.

A quick internet search turned up a few fun facts about Waters. On Facebook he describes himself as a writer, producer, singer, DJ, performer… and pinky ring wearer?!

Waters is a member of the pop/funk/electro band French Horn Rebellion and the group is heading on tour Oct. 24 to Nov. 16.

So far, his Instagram feed doesn't include any pictures of Paula, but RadarOnline.com claims a recent post with the caption “My New View” was taken in Patton's Calabasas home.

You can listen to his music and check out his pics and videos on his website, ZakWatersMusic.com.