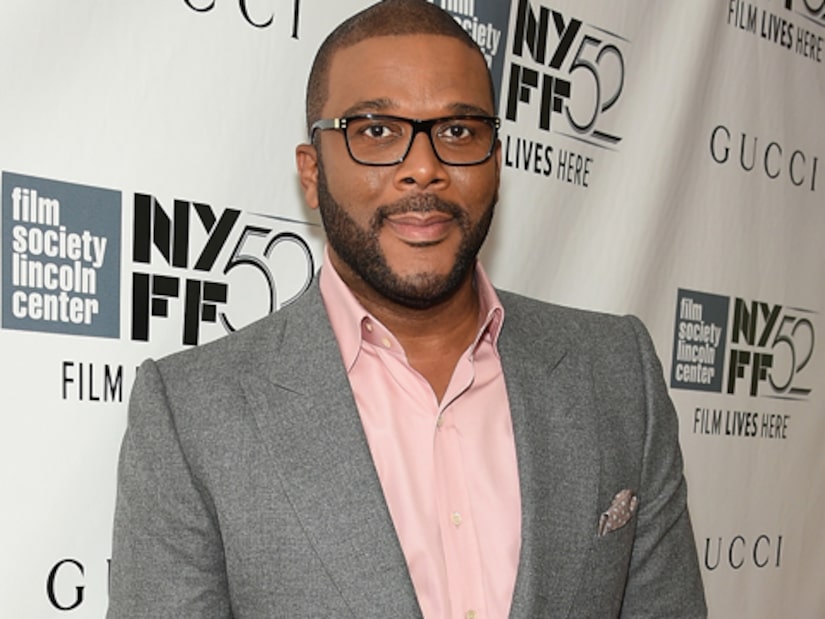 “Extra’s” Jerry Penacoli sat down with Tyler Perry to talk about his role in the upcoming film “Gone Girl,” and his upcoming role… as a father.

Tyler accidentally spilled the beans to Jerry that he and girlfriend Gelila Bekele are expecting a boy.

Jerry asked, “You’ve been outspoken about your relationship with your dad, what kind of dad will you be?”

Tyler responded, “The greatest gift I’m being given right now is the opportunity to give the little boy in me everything I never had, so that’s what I’m excited about. This beautiful human being that God has allowed to come into my life for me to get to know, because they come with their own personalities, who they are, to shepherd and usher him…”

Suddenly Tyler stopped and said, “I said 'him.'” His co-star Kim Dickens, seated next to him, added, "Oops." Smiling Tyler finished his thought, “into whatever the child is supposed to be is what I’m going to do.”