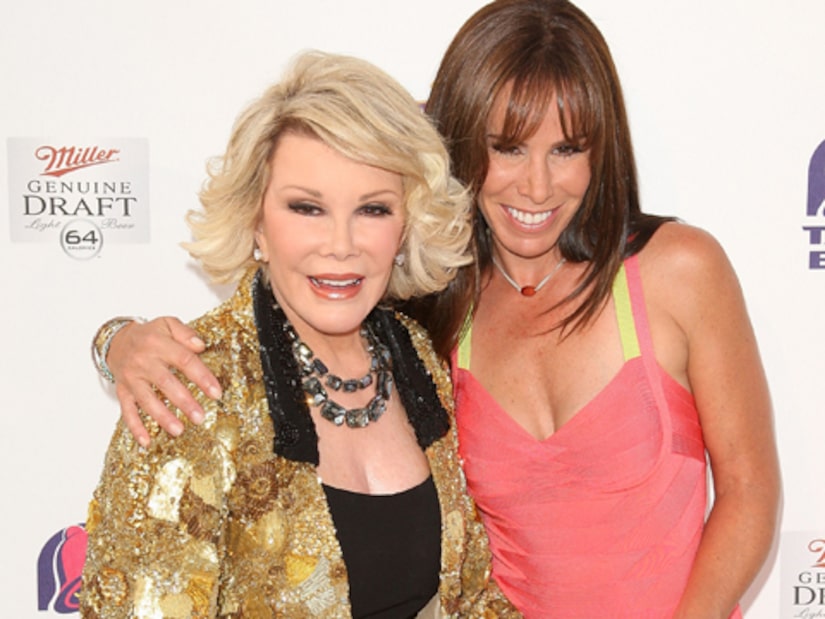 Joan Rivers' daughter Melissa is speaking out for the first time since her mother's funeral.

The reality star and television producer posted a touching message to her mom's fans on WhoSay.

She wrote, "As my son Cooper and I mourn the loss of my mother, we want to thank everyone for the beautiful cards and flowers conveying heartfelt messages and condolences, which continue to arrive from around the world and through social media."

She continued, "My mother would have been overwhelmed by the scope and depth of the love that people have expressed for her. It is certainly helping to lift our spirits during this time.”

On Friday, Melissa will participate in a special “Fashion Police” episode honoring Joan.