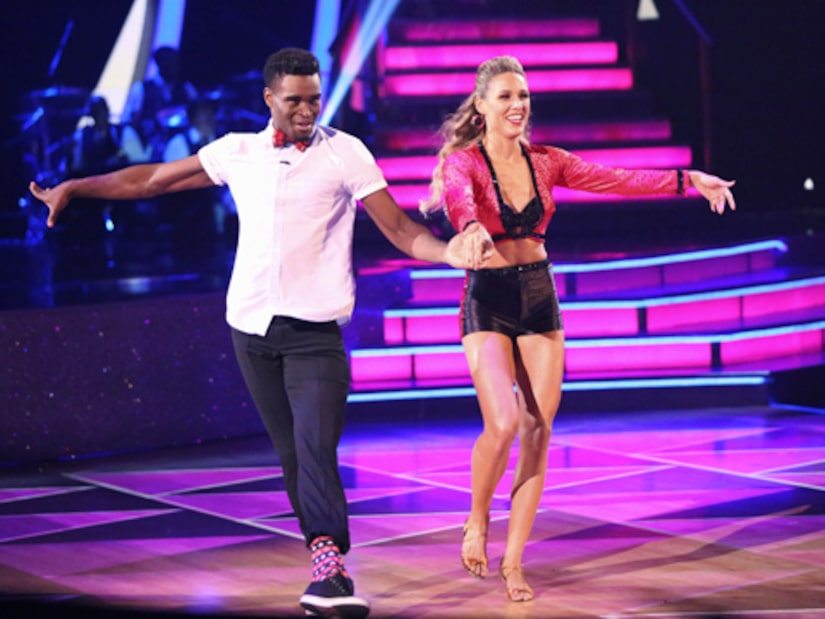 After her disappointing debut, “Dancing with the Stars” said goodbye to contestant Lolo Jones and pro partner Keoikantse Motsepe on Tuesday.

Lolo, an Olympic gold medalist, clearly lost her way during the team’s cha cha routine on Monday night, which prompted some dismal comments from the judges and a score of just 22 out of 40.

There was some speculation that Betsey Johnson, who suffered a feather boa flub, might be going home. The fashion designer and partner Tony Dovolani scored only 20 points.

After the results, Lolo told co-host Erin Andrews that she was glad she entered the competition, and wouldn’t have wanted the results any other way. “I know Betsey had a malfunction with the boa thing. That was a disadvantage for her; honestly, that was just steps on my part. I'm glad she's staying -- she deserves to stay."

"Extra's" Charissa Thompson was backstage at "Dancing" catching up with the stars and their pros. Olympian Lolo Jones opened up about getting eliminated, and "Fresh Prince" star Alfonso Ribeiro judged Charissa's Carlton Dance.

Catch the next episode Monday at 8 PM on ABC.