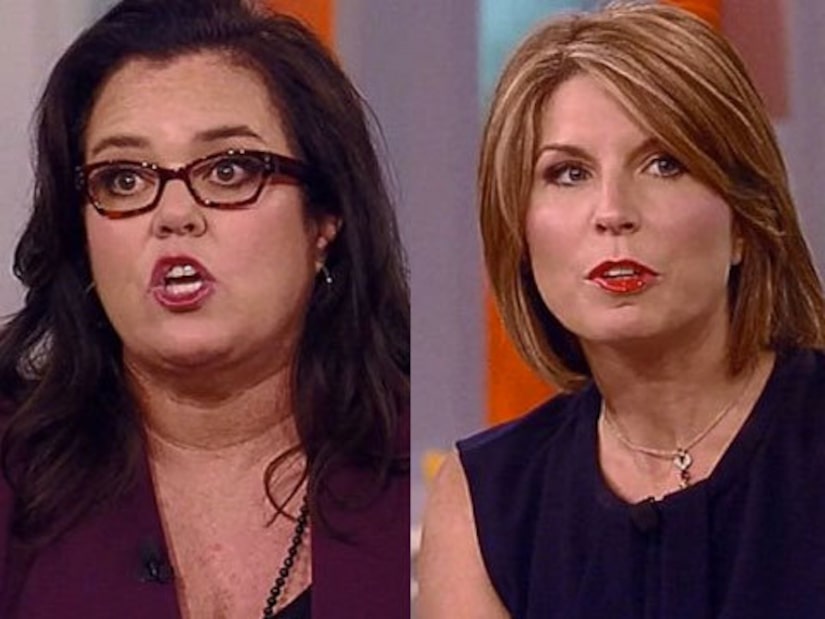 So it begins! In the second episode of the new “View” show, Rosie O'Donnell engaged in a heated debate with conservative co-host Nicolle Wallace over former President George W. Bush's response to the Hurricane Katrina disaster.

The debate between the two women began with a discussion about President Barack Obama, which turned into O'Donnell's slam on Bush and how he took too long to visit the devastation in New Orleans.

Wallace called O'Donnell's comments an “attack,” but Rosie countered, “It was a very long time before he showed up. That is a fact, not an attack.” Watch the video!

However heated the chemistry between the co-hosts will get, it seems this new “View” panel is intriguing viewers. The premiere achieved its second-biggest audience in the show's premiere history.