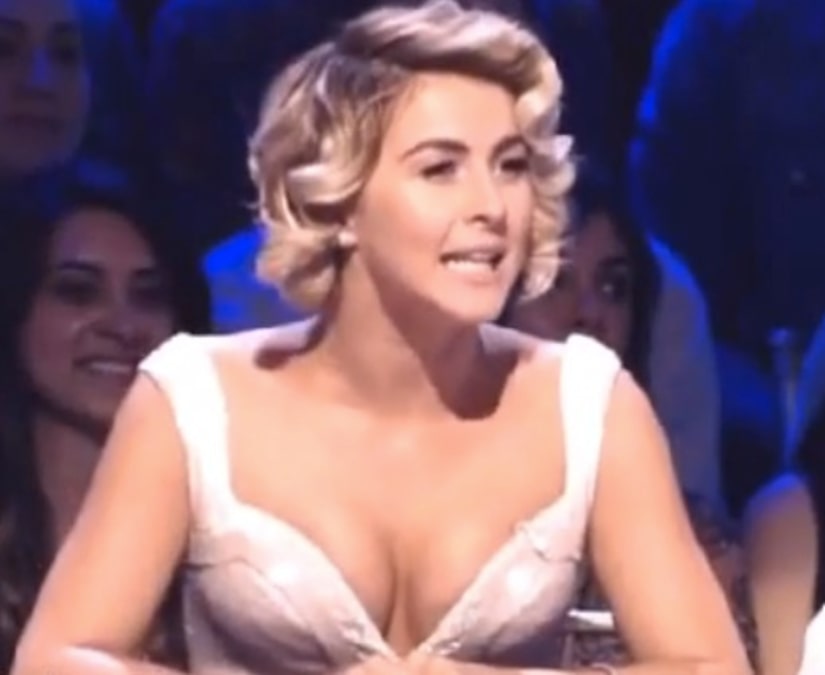 Season 19 of “Dancing with the Stars” premiered Monday night with some great performances, a few missteps and new judge Julianne Hough showing off her assets in a tight-fitting white dress.

UPDATE: Find Out Which Team Was Eliminated

In fact, after contestant Randy Couture performed a cha-cha with partner Karina Smirnoff, Hough commented he “made her randy,” to which fellow judge Bruno Tonioli replied, “She’s practically lactating!”

“Extra’s” Renee Bargh was backstage and laughed with Hough about it. “You know what? That's what I get for sitting next to Bruno.”

Julianne added, pointing to her breasts, “I heard that I have something on Twitter that the fifth judges were these!”

"Fresh Prince of Bel Air" star Alfonso Ribeiro started off in the lead with a lively jive with partner Whitney Carson... take a look!

Tune in to “DWTS” on Tuesday to see who will be eliminated in the first round!