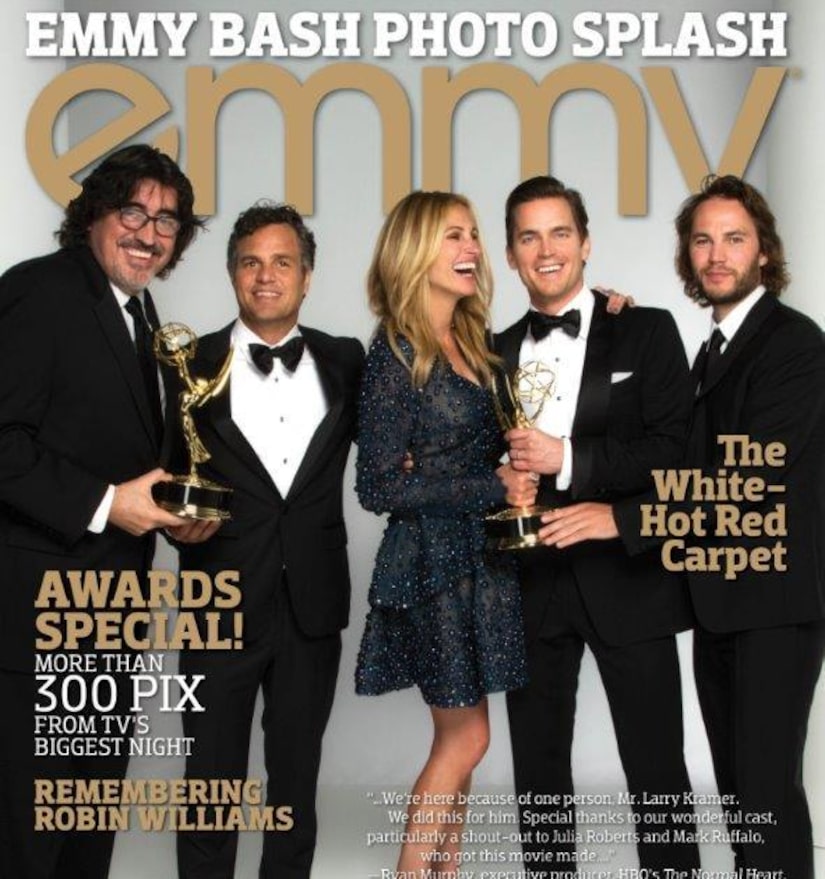 The magazine will feature over 300 exclusive images from the 66th Emmy Awards, including red carpet arrivals, backstage shots, and photos from the Governors Ball.

"Extra" has some of the raw, behind-the-scenes footage from the cover shoot.

The magazine is available at newsstands today or digitally via Zinio for iPad, Android and other devices. Go to TelevisionAcademy.com for more info.