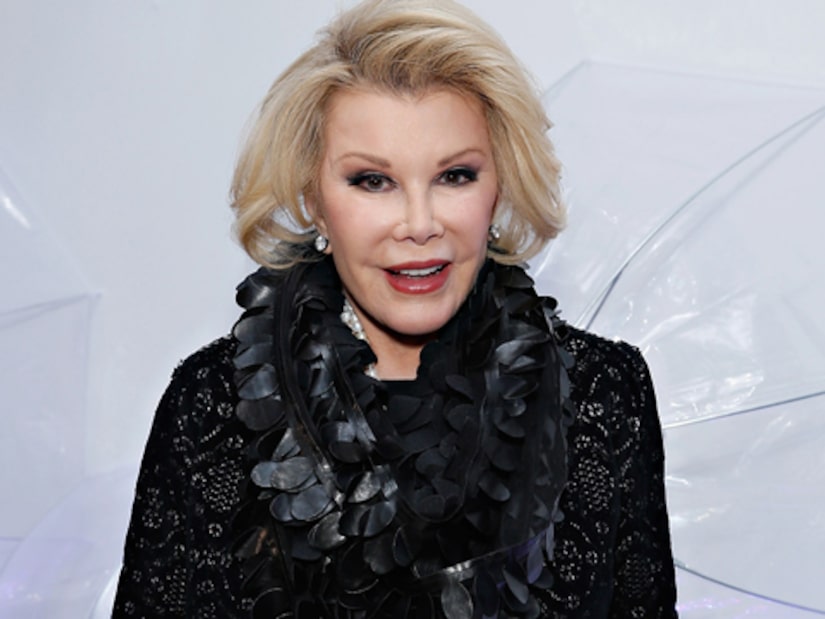 UPDATE: Yorkville Endoscopy Medical Director, Dr. Lawrence Cohen, was asked to leave and has since stepped down, reports ABC News. So far, he has not been accused of wrongdoing, but an investigation is underway. Cohen had been on administrative leave since Joan's procedure on Aug. 28.

There has been speculation that another doctor was in the operating room during Joan Rivers' surgery at the Yorkville Endoscopy clinic in NYC.

The New York Times now reports that an ear, nose and throat specialist was present at the time of her procedure.

The paper claims the doctor examined the comedian's voice box before and after her upper endoscopy. Sources said the physician was not authorized to work in the clinic.

The New York State Health Department is investigating. No one has been accused of wrongdoing.

At the end of the procedure, Rivers stopped breathing. An insider told the paper it was unclear if the respiratory issues were caused by surgery complications or anesthesia. The anesthesia being used was said to be Propofol.

Joan was in a medically induced coma following the respiratory and cardiac arrest. She died one week after the procedure.