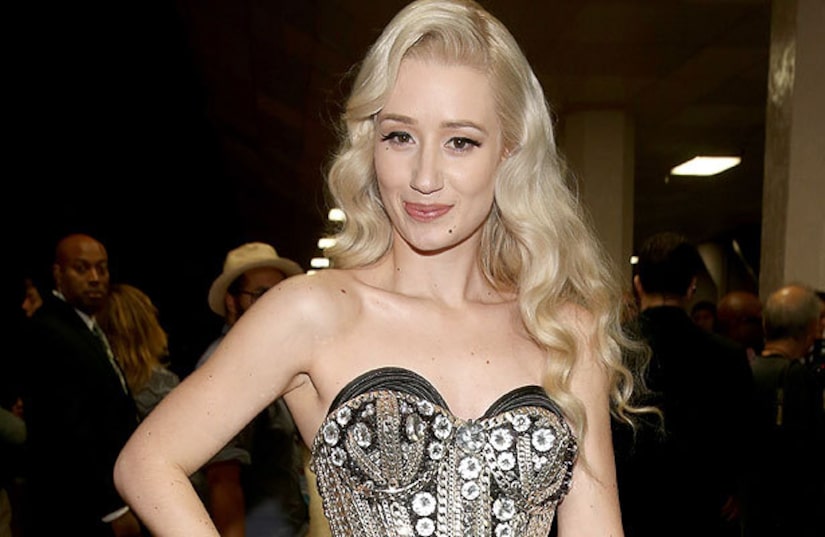 Early this week, rumors began of a sex tape featuring rapper Iggy Azalea and an ex-boyfriend, but Azalea denies it.

Vivid Entertainment boss Steven Hirsch told TMZ he had the footage of the "Fancy" star and that he thought it could be worth more than Kim Kardashian's infamous sex romp with then BF Ray J.

Azalea, whose real name is Amethyst Kelly, tweeted a response, writing, “Obviously I've seen the news feed today and i just want to say… I don't have a sex tape but for the record... Anyone who releases or attempts to make profit off someone else's intimate moments against their will is a sex offender.”

The rapper added, “& it honestly makes me sick to see the media encourage any other attitude towards those sorts of people, we should want to protect our women. and i really hope that america will follow Europe and their laws to better protect peoples privacy and fundamental rights. and on that note, I'm off to get a manicure. peaaaaccceeeeeee outtttttt *drops the mic*”

TMZ then reported on Friday that Azalea's legal team is now saying it could be her, but if it is, it's the work of a "spurned business suitor" trying to seek revenge. It also may have been filmed without her knowledge or consent -- possibly when she was a minor.