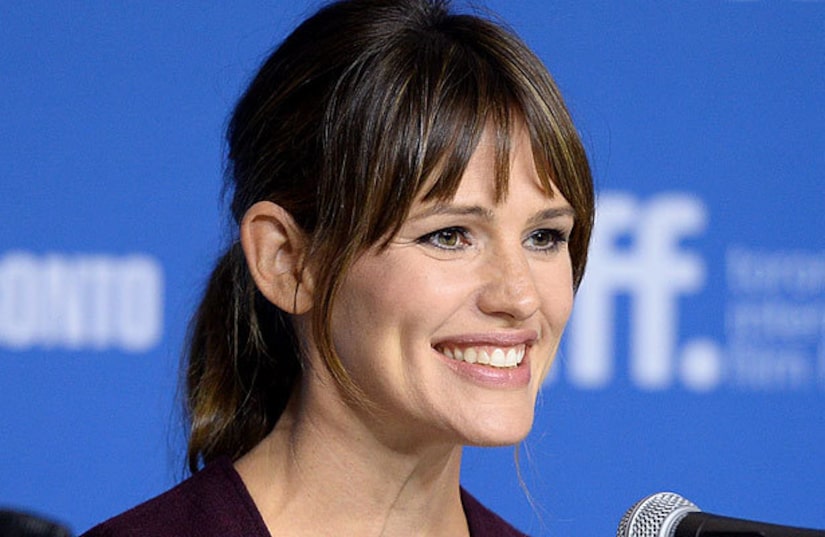 “Extra’s” AJ Calloway caught up with Jennifer Garner at the Toronto Film Festival to talk about her film, “Men, Women and Children,” and she couldn’t help but praise hubby Ben Affleck and his physical transformation for his upcoming role as Batman.

Garner smiled, “Big Ben is definitely looking buff… I think he's eight or seven percent body fat and all muscle.” The two even work out together. She said, “I can’t keep up with him, clearly. He could bench me, but yeah, we work out at the same time. I do my little mini workout.”

As for her role in “Men, Women and Children” -- a film about how social media and technology ruins relationships -- the actress explained, “My character is definitely the one in the movie who's crazy… she's going to keep her daughter safe at any cost, even if it costs her relationship with her daughter.”