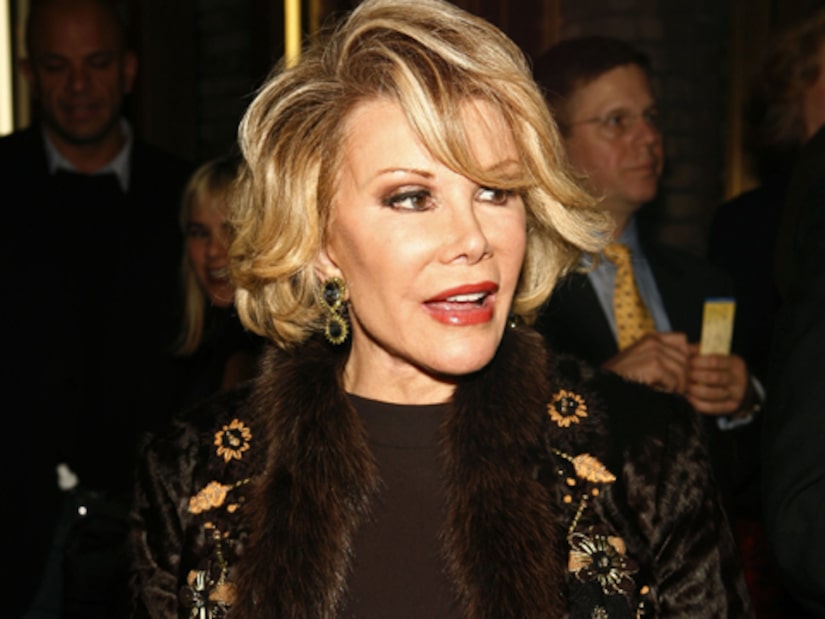 Legendary comedian Joan Rivers went in for a routine medical procedure last week, and never woke up. Now, investigators are trying to figure out what happened.

Insiders tell RadarOnline that Propofol, the anesthetic that killed Michael Jackson, may have been involved.

“Certainly, they suspect the anesthesia was the issue, based on conversations between the staff and city medics,” the source said.

Staff at the NYC clinic reportedly told officials that Rivers, who was given a clean bill of health ahead of the surgery, stopped breathing just as they were putting her under for a routine endoscopy.

Paramedics were called and she was transferred to Mount Sinai Hospital. She was in a coma and on life support before passing away on Thursday.

Radar sources say investigators want to find out if Joan was given too heavy a dose of the anesthesia.

Insiders close to Joan's daughter Melissa believe “that if Joan had the endoscopy at a hospital, she could have survived, because they are equipped to deal with a patient that crashes or suddenly has a problem. Outpatient clinics just aren't equipped to handle those sorts of emergencies.”

Meanwhile, the Medical Examiner's Office tells TMZ that the autopsy is complete, but they could not find a clear "cause and manner of death." Next, the Examiner's Office plans to perform a toxicology test and interview medical professionals who were present at the time of Joan's procedure.