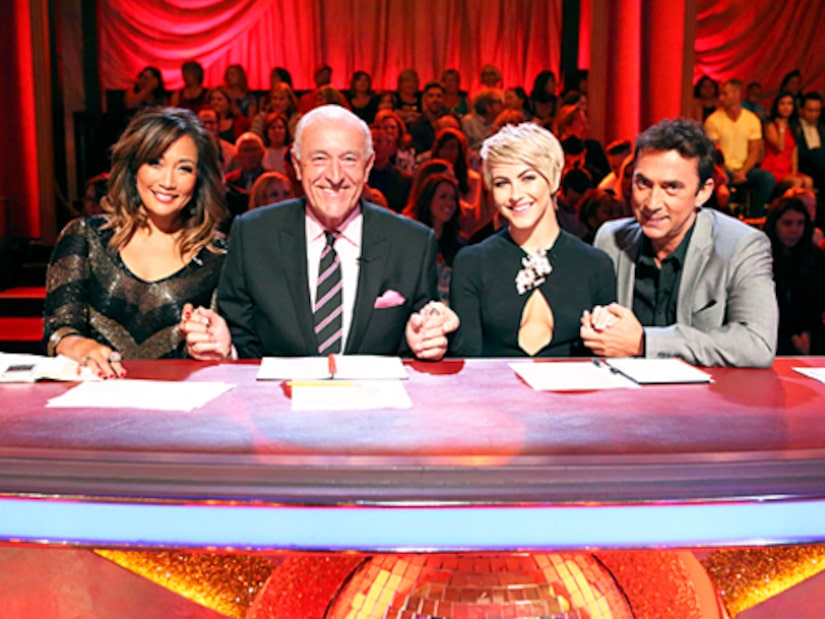 There will be a familiar face joining the judges' panel on “Dancing with the Stars” Season 19!

"DWTS" announced on Twitter that former pro and guest judge Julianne Hough is going to be back full-time, sitting on the dais with Carrie Anne Inaba, Len Goodman and Bruno Tonioli.

She told People, "My role is to encourage and be supportive, and to also be candid and honest and try not to beat around the bush, to be too politically correct.

Hough continued, “I want to give critiques so they can improve. I'm not there to be harsh or cause a controversy. I won't be mean or malicious. That's not who I am. That's not my role at all."

The 26-year-old made the decision to return after touring with brother Derek Hough. "I felt like I really reconnected with fans, and the people have supported me since day one. They have followed my from 'Dancing with the Stars' to my other aspirations. It just feels like the perfect time to reconnect and be a part of where it all began, with my family."

She also assured that judging Derek and her former “DWTS” co-stars won't be a problem. "Derek has been known to be very good with his partnerships," Hough says, laughing. "But it's not about my brother, nor is it about Cheryl or Mark. It's about the partnership and the celebrity who is dancing."