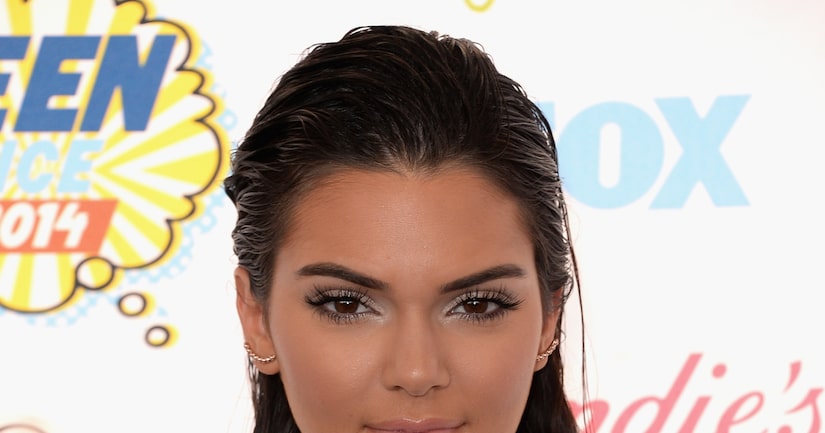 Teen model Kendall Jenner has threatened legal action against a waitress who claimed she threw money at her when the reality TV star forgot to pay her bill.

E! News reports that lawyers for the 18-year-old “Keeping Up with the Kardashian” star sent a cease and desist notice to waitress and former “Skins” actress Blaine Morris, demanding that she print an "appropriate retraction and sincere apology.”

The New York Post posted the story earlier this week, based on a tweet from Morris that read, "That horrible moment you chase a Kardashian down the street because she forgot to pay her bill to be thrown money in your face.” The tweet has since been deleted.

According to the Post, Kendall and pal Hailey Baldwin had dinner at a NYC eatery where Morris served them, and when they were refused alcohol, the two friends reportedly left in a huff. Morris then ran down the street to collect money for the bill, and Kendall allegedly tossed two $20 bills at her.

Baldwin's rep denied the exchange as it was reported, and Kendall tweeted, "These rumors r absolutely ridiculous! I would never throw money in anyone's face or act that disrespectfully. I was raised better than that." She added, "Said it once and I'll say it again, don't believe everything you read!"

The cease-and-desist letter from Jenner's lawyer Martin Singer and obtained by E! News, alleges Morris is the source used by the Post and called both her statements and tweet "completely false, fabricated and defamatory."

Singer stated, "As you know, when you waited on my client at Mercer Kitchen last week, there was no issue with service whatsoever," adding that Kendall and her party "inadvertently forgot to take care of the bill before walking out."

Morris has appeared on the MTV series “Skins” in a recurring role, and had small parts in FOX's “The Following” and NBC's “Deception.”