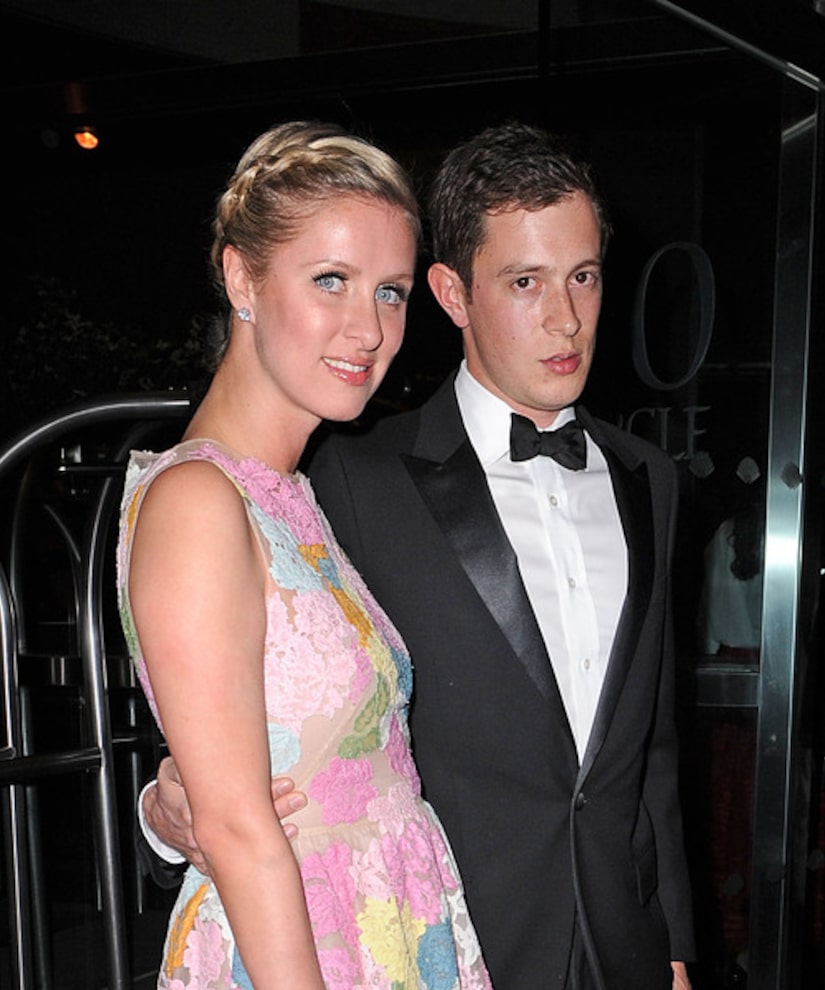 A source revealed that Nicky Hilton's banker boyfriend James Rothschild proposed over the weekend to celebrate their 3-year anniversary in Lake Como, Italy, according to Us Weekly.
The insider said, "He took her out on a boat into the middle of Lake Como and he proposed, got down on one knee and everything. It was incredibly romantic and beautiful."
Hilton 30, and Rothschild (the heir to famous European banking family) met at supermodel Petra Ecclestone and James Stunt's wedding in Italy and have been dating since 2011.
According to the source, the newly engaged heir and heiress are taking a celebratory road trip around Europe and "are both really excited and incredibly happy."
Click here for the full story.