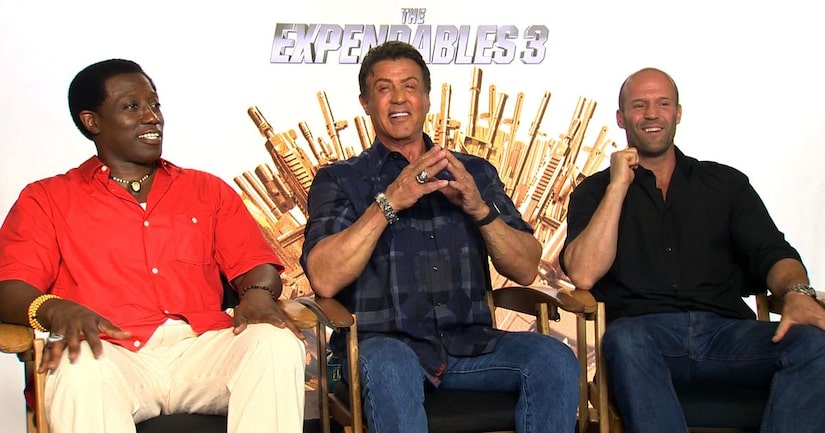 "Extra's" Terri Seymour recently sat down with "The Expendables 3" cast, including stars Sylvester Stallone, Wesley Snipes, and Jason Statham to chat about the upcoming movie.

Wesley Snipes, who was also just added to the blockbuster franchise, chatted about returning to the big screen after three years in prison for tax evasion, and opened up about the advice he gave Robert Downey Jr. before Robert began filming "Iron Man."

The actors also weighed in on who they'd like to see in the upcoming all-female "Expendabelles" spinoff.