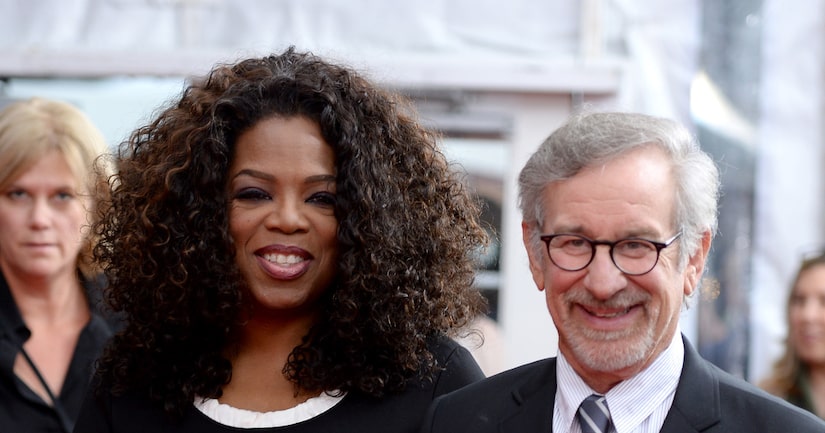 Oprah Winfrey may be the queen of all media, but there is one gig she's not interested in… co-hosting on “The View.”

“Extra’s” special correspondent Angie Martinez caught up with Oprah at the NYC premiere of “The Hundred-Foot Journey” and asked Oprah about the possibility of co-hosting. She responded, “Oh, no, no, no, I can guarantee that won’t be happening, but I’m happy for Rosie [O’Donnell].”

Winfrey hit the red carpet with her “Hundred-Foot Journey” producing partner Steven Spielberg. The two said they enjoyed working together, even though they were never in the same place at the same time.

Spielberg explained, “Even though we weren’t in the same place, physically doing the production together -- I was in L.A. and Oprah was in France on the ground with the movie -- we did a lot of development together.”

Oprah added, “Any time you can hang on Steven Spielberg’s shoulder or coattail, take it.”

“The Hundred-Foot Journey,” starring Helen Mirren, is in theaters on Friday.