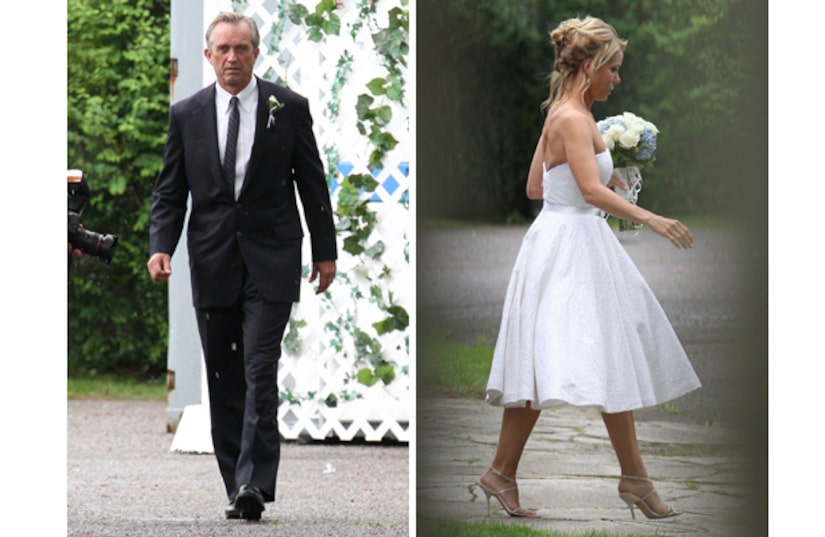 The political activist and actress tied the knot at the Kennedy compound in Hyannisport, Massachusetts on Saturday, reports People.