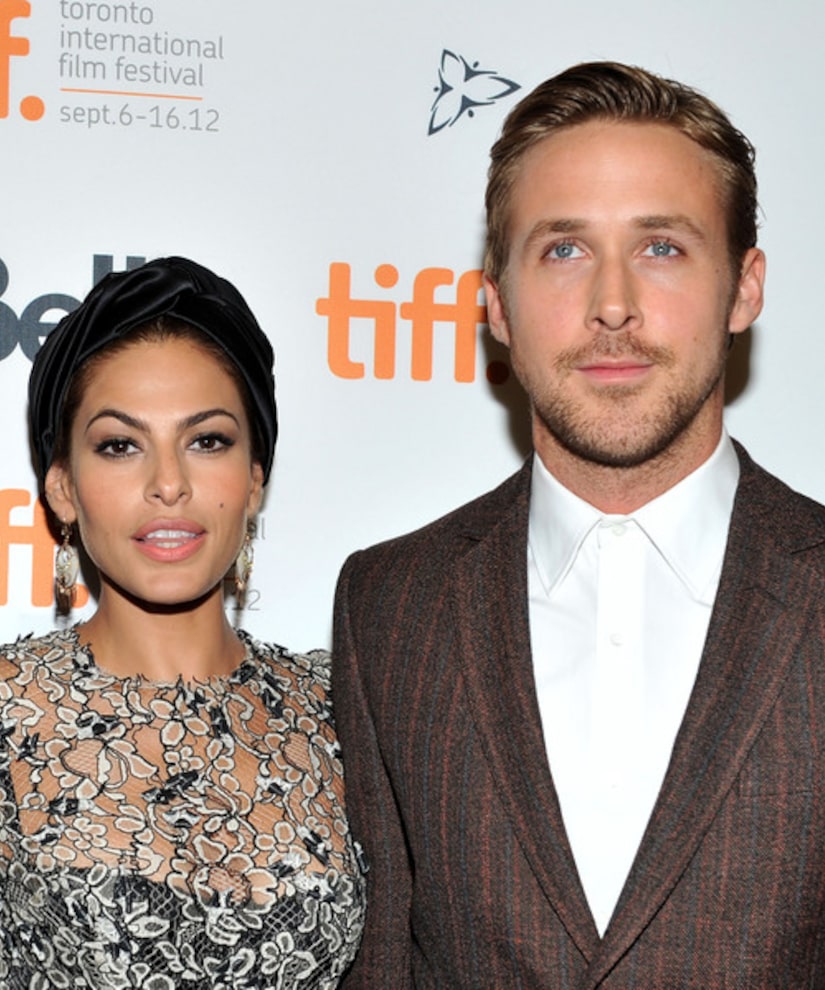 An insider told the site, “It was completely unplanned,” adding that Mendes, 40, found out she was pregnant and “Ryan was surprised, especially because they had broken up early last year, only to get back together.”

The star couple's relationship has had its ups and downs since the two co-starred as parents in “The Place Beyond the Pines” three years ago. The insider said, “Their disagreements always come back to a central issue: Eva wants to marry Ryan, but so far, he has resisted.”

In the meantime, Radar reports that Eva “couldn't be happier,” and Ryan, 33, “is excited to be a father, and will be very protective.”

According to the source, Mendes has moved through the aftershock of their baby news… and into Gosling's home.

“The house is quite small, and only has two bedrooms,” the source revealed, “Eva has been looking for a bigger house to live in with Ryan once the baby is born.”