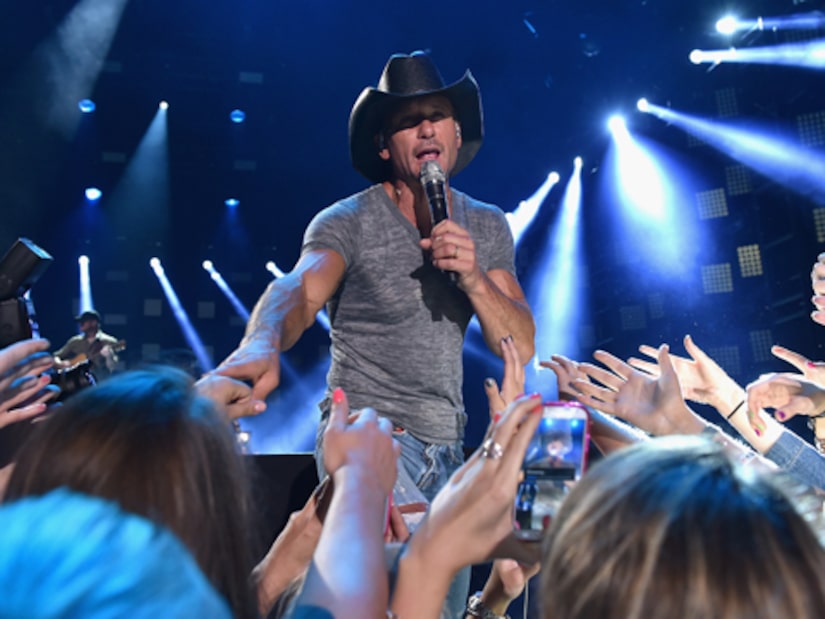 Yikes! Tim McGraw was in a sticky situation on Sunday when a woman at his Atlanta show grabbed his jeans and wouldn't let go!

McGraw can be seen in a fan video, swatting the woman off of him.

Tim's rep told TMZ, "Tim was singing out in the audience and someone firmly grabbed onto his leg and wouldn't let go as he was moving through the crowd.

The rep continued, "He instinctively swatted to try to keep them from ripping his jeans (which they succeeded at doing!), and so he could get to more fans who could slap hands with him before the end of the show."