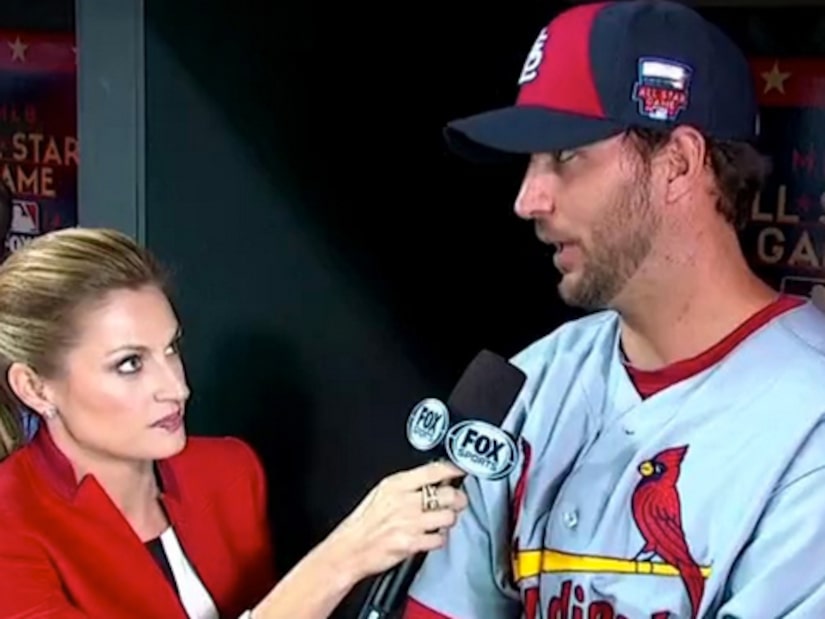 A radio personality in Boston had some mean things to say about Erin Andrews on Wednesday morning.

Kirk Minihane, a co-host on the Dennis and Callahan Morning Show, went on a rant, telling listeners how much he hates the FOX Sports reporter, calling her a “gutless bitch.”

Minihane was upset over the way Andrews handled an interview with Cardinals pitcher Adam Wainwright after Tuesday's All-Star Game. The baseball star told Andrews he did not throw easy pitches to Yankees star Derek Jeter, despite what fans were saying online.

The conversation infuriated Minihane, who venomously vented on the air, “What a bitch! I hate her! What a gutless bitch! Seriously, go away. Drop dead. I mean, seriously what the hell is wrong with her?”

He continued, “First of all, follow-up. Second of all, the guy admitted he did it. He admitted it. He told reporters he threw a couple of pipe bombs. How is that social media's fault? I hate her. I seriously hate her so much. Social media is the reason she has a big house! Shut up. Shut up. I shouldn't call her a bitch, I'm sure she's a nice person.”

The radio hosts went on to call Andrews, who is also a co-host on “Dancing with the Stars,” a “bubblehead” and a “bimbo.”

Realizing his faux pas, Minihane was heard saying under his breath, “I'm gonna get in trouble for this.”