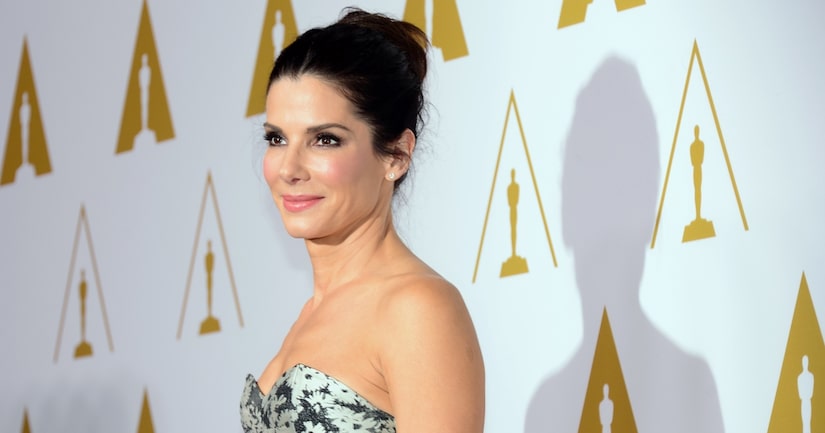 Actress Sandra Bullock had a terrifying face-to-face encounter with the man who broke into her home last month.

“Extra” obtained the warrant used to search suspect Joshua Corbett's home for weapons, and the documents outline creepy details about the night of June 8.

According to the warrant, the 49-year-old Oscar winner, who had attended the 2014 Spike TV Awards earlier in the evening, had just gotten out of the shower when she heard banging inside her $16-million L.A. mansion.

She went to her bedroom door and saw Corbett standing in the hallway wearing dark clothing. Bullock quickly shut the door, locked it and immediately called 911.

The warrant also disturbingly reveals that Corbett carried a notebook with cutout images of Bullock and handwritten notes. One said, "I will forever be thinking of you and Louie, my son, as you are my wife by law, the law of God and you belong to me and me to you."

Louis is Bullock's 4-year-old son, who was reportedly with a nanny at the time of the break-in.

Corbett was charged with burglary and stalking, along with 19 felony counts for possessing "an arsenal of weapons, including a half dozen machine guns," the District Attorney's Office announced in June. If convicted, he faces more than 12 years behind bars.