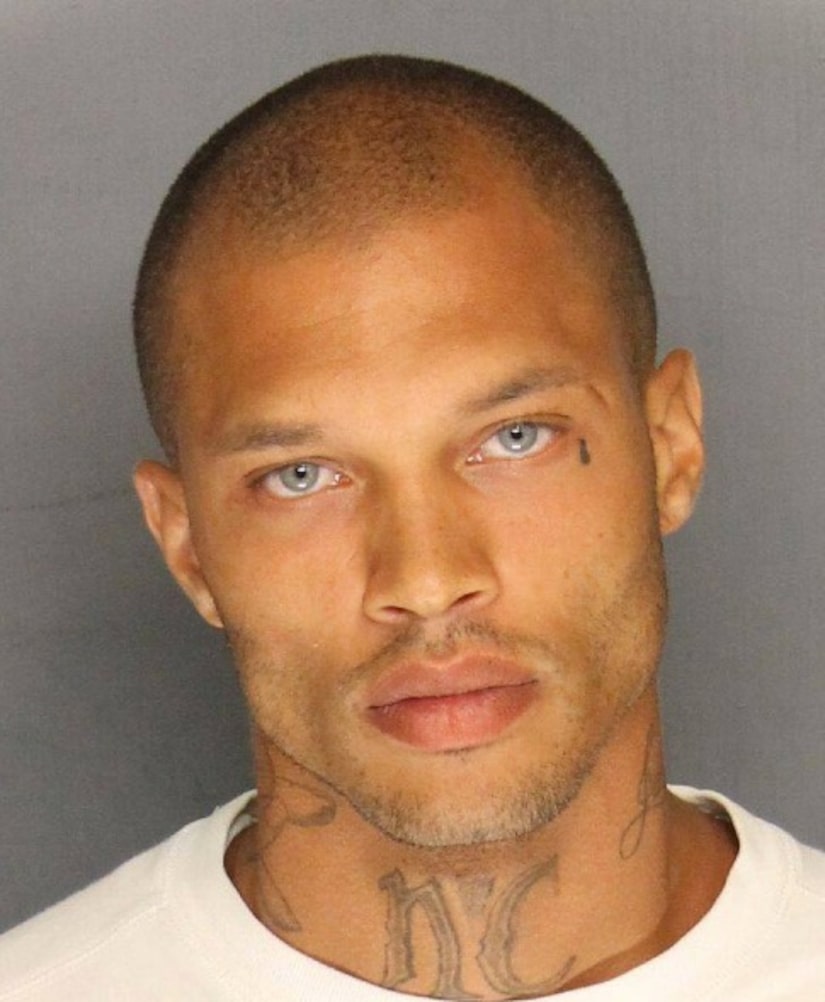 Although he's currently incarcerated, Jeremy Meeks, now known to Internet world as “Dreamy McMug,” could turn to modeling once he's out of jail.

Blaze Modelz told TMZ that "gangster models" are all the rage right now and claimed they could book Meeks with high-end fashion houses like Versace and Armani for anywhere between $15,000 to $30,000 a month. Blaze also said Meeks' face tattoos are a plus.

The 30-year-old bad boy, who previously served nine years in prison for grand theft, was arrested last Wednesday on felony weapons charges during a sweep in the Weston Ranch area of Stockton, California and is currently being held on $900,000 bail with no prospect of getting out anytime soon.