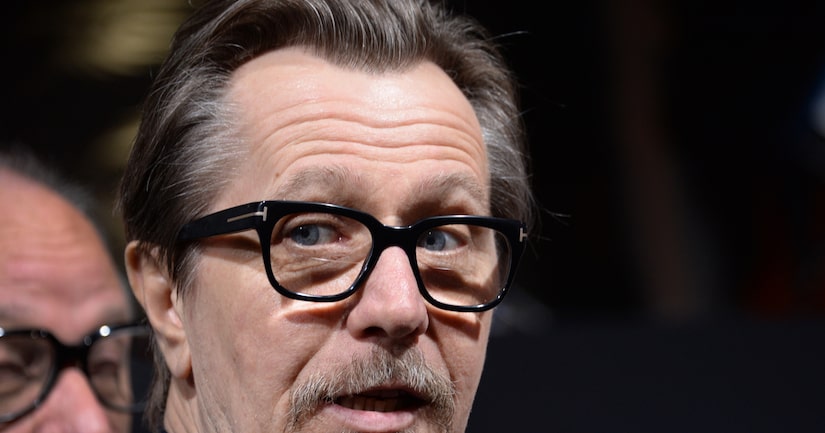 Actor Gary Oldman holds nothing back in an interview for Playboy magazine's July/August issue, ranting about everything from the Golden Globes to political correctness and more.

Oldman told the mag, "I just think political correctness is crap. That's what I think about it. I think it's like, take a f**king joke. Get over it."

The “Robocop” star, 56, goes on to defend the likes of Mel Gibson for getting caught using derogatory slurs. "He got drunk and said a few things, but we've all said those things. We're all f**king hypocrites. That's what I think about it… we all hide and try to be so politically correct. That's what gets me. It's just the sheer hypocrisy of everyone, that we all stand on this thing going, 'Isn't that shocking?'… It's dishonesty that frustrates me most. I can't bear double standards."

As for the Golden Globes, Oldman said, "It's a meaningless event. The Hollywood Foreign Press Association is kidding you that something's happening. They're f**king ridiculous. There's nothing going on at all. It's 90 nobodies having a wank. Everybody's getting drunk, and everybody's sucking up to everybody. Boycott the f**king thing. Just say we're not going to play this silly game with you anymore. The Oscars are different. But it's showbiz. It's all showbiz. That makes me sound like I've got sour grapes or something, doesn't it? I don't know. I mean, I don't have an Oscar."

He added, "What people don't realize is that you need to work at being a celebrity. I'm not talking about movies. I mean the other side of it. You have to campaign. It's a whole other part of your career, and I wish I could have navigated it a bit better. I may have an Oscar now, had I."

Read the full interview at Playboy.com.