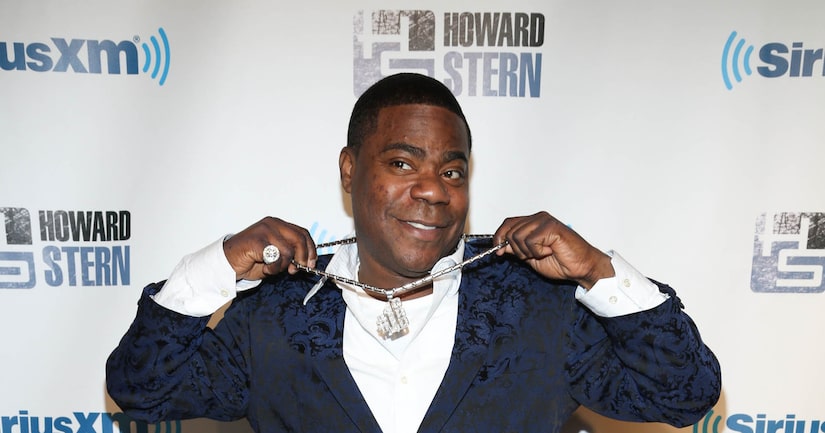 “30 Rock” star Tracy Morgan was in intensive care on Saturday after being injured in a multiple-car accident on the New Jersey Turnpike.

State police told AP that the limousine bus Morgan was riding in was part of the massive car collision that occurred around 1:00 AM and included two tractor-trailers, a sports utility vehicle and two cars.

The authorities said at least one person died in the crash.

Tracy had a standup gig Friday night in Delaware and was on his way home when the accident occurred. One of the other passengers of Morgan's bus, comedian Ardie Fuqua, posted an Instagram montage photo from the event, including the inside of the bus.

The 45-year-old comedian joined “Saturday Night Live” in 1996. After seven years on the show, he left to do “The Tracy Morgan Show” in 2003, which lasted one season. He eventually co-starred with Tina Fey and Alec Baldwin in the long-running hit NBC show “30 Rock.”

"Extra" caught up with Andy Samberg, Questlove, Gloria Estefan and more celebrities and friends of Tracy Morgan to get their reaction to the tragic news.

UPDATE: A truck driver from Georgia was charged with causing the multi-vehicle crash. The man who died while traveling in Morgan's bus has been identified as comedian James "Jimmy Mack" McNair.