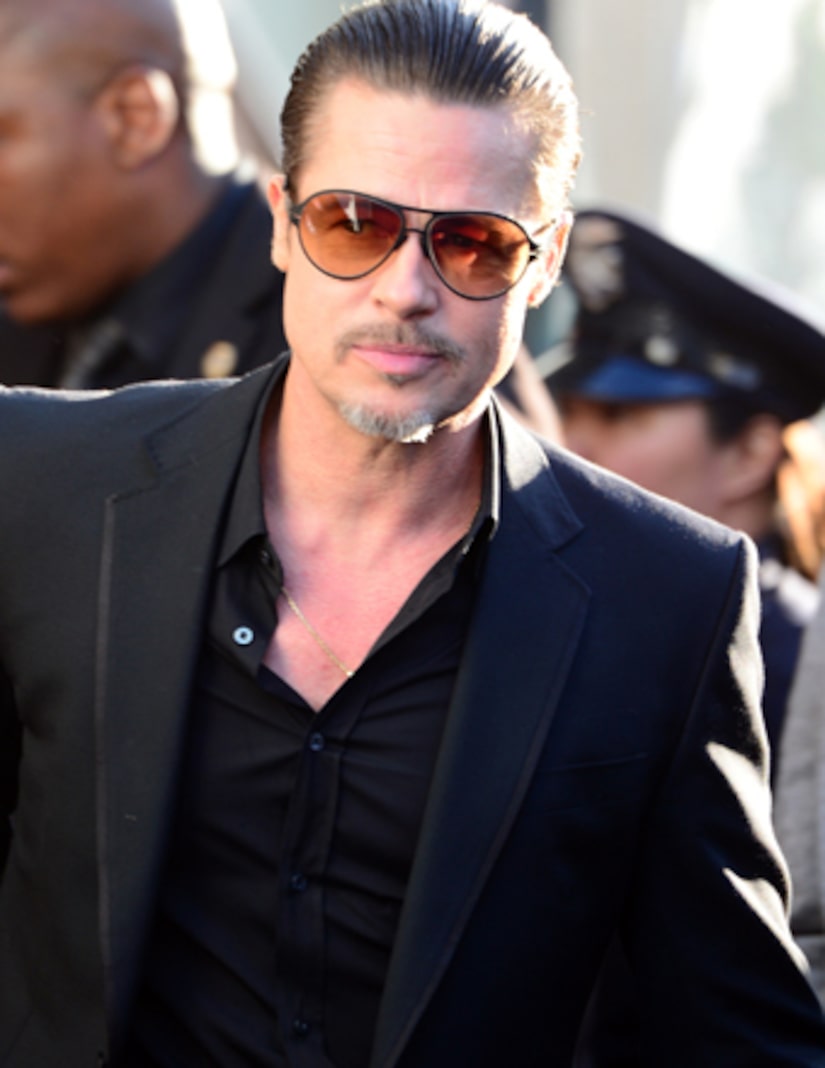 It was a chaotic scene on the “Maleficent” red carpet Wednesday night when a man rushed Brad Pitt and hit him in the face!

Family Pic! Brad and Angie's Kids Look So Grown Up at 'Maleficent' Premiere

Pitt was signing autographs at fiancée Angelina Jolie's Hollywood premiere when a man jumped over a barricade, tried to hug the star and then struck him in the face. Check out the video!

The suspect is 25-year-old Vitalii Suduik, a Ukranian journalist and serial prankster, who allegedly tried to crawl under America Ferrera's dress at the Cannes Film Festival earlier this month.

The troublemaker is also known for harassing Leonardo DiCaprio, Bradley Cooper and Will Smith.

Police booked Suduik for misdemeanor battery. His bail was set at $20,000.

Pitt, who attended the premiere with Angelina and son Maddox, seemed unfazed by the incident, and continued to sign autographs as the man was hauled away by police. 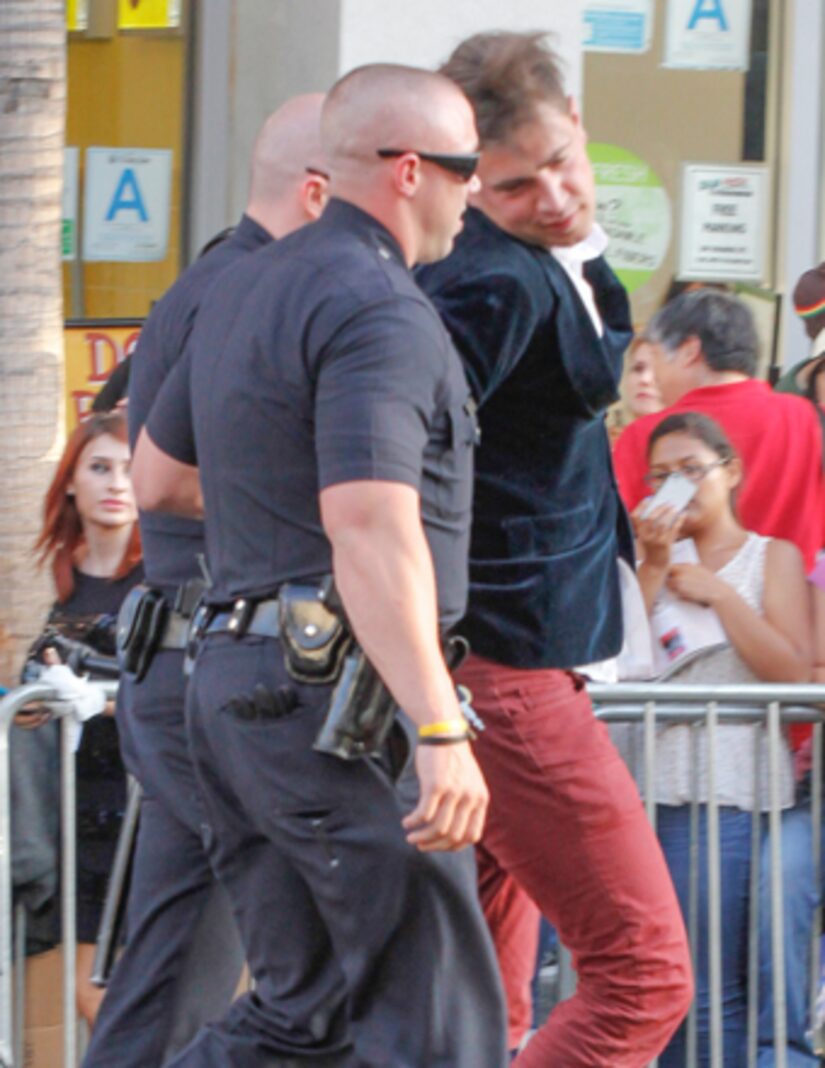