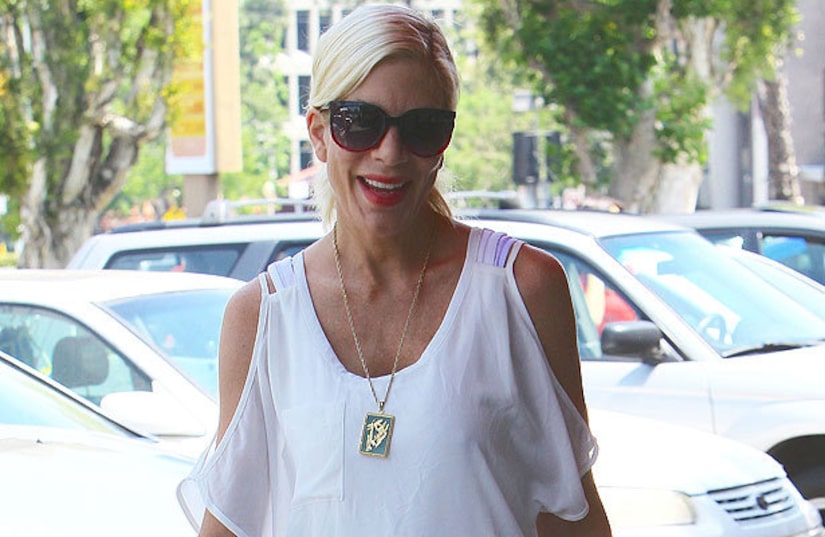 Despite the heartbreaking scenes each week on Tori Spelling’s reality TV show “True Tori,” which details her troubled marriage with Dean McDermott, Spelling is back to work on the set of her new ABC Family sitcom, “Mystery Girls,” co-starring pal Jennie Garth.

“Extra’s” Renee Bargh was on the set with the two former “90210” co-stars, where she asked Tori how she's holding up. The actress responded, “Oh thank you. I feel good. I feel tired, this is a lot of work, but it's a lot of great work.”

Spelling and Garth admitted they didn’t always stay in touch with one another after “90210,” but were always there for one another and are so happy to be working together again.

Jennie said, “I have undying support for her. I will support her whatever it is, and I mean that genuinely.”

Tori added, “We’ve been through so much together. I mean we’ve know each other since we’re teenagers. I feel like we’ve evolved.”