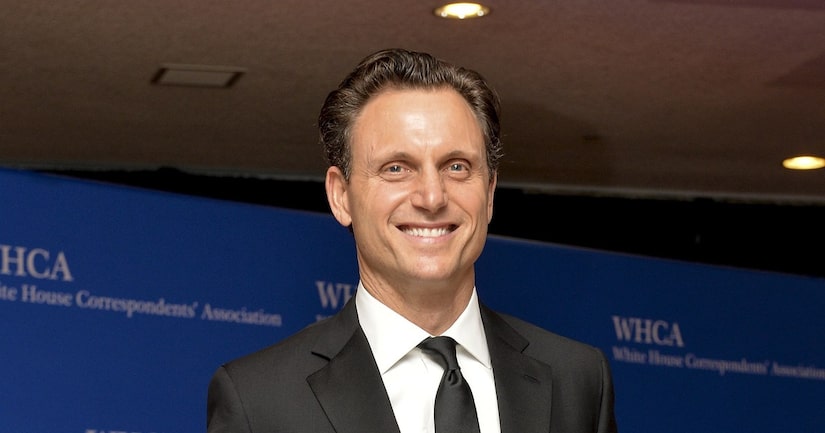 “Extra’s” AJ Calloway caught up with “Scandal” star Tony Goldwyn in NYC, and the actor was excited for co-star Kerry Washington becoming a new mom.

Goldwyn gushed, “She’s going to be the best mother ever, as she is at everything she does, but talk about someone born to be a mama.”

The TV star, who plays President Fitzgerald Grant on the hit ABC show, also thinks it is “absolutely thrilling” that President Obama and First Lady Michelle Obama are fans of the show, but Tony still could not divulge any secrets about what fans can expect next season, not even when Mrs. Obama asked.

Goldwyn said she cornered him at the recent White House Correspondents’ Dinner. “Even the First Lady said, ‘So what happens?’ and I said, ‘I don’t know.’”

The actor also said Obama spoke with him about playing a president. Goldwyn explained, “The President said, ‘You look really good for the President of the United States; no gray hair, you don’t look stressed, you look well rested.’ I said, ‘Well sir, my job’s not as hard as yours.’”

In addition to “Scandal,” Goldwyn is also directing episodes for the new WEtv series “The Divide,” based on his work with The Innocence Project. Tony said, “The Innocence Project is making great progress working with police departments and D.A. offices to initiate reforms in how people are convicted.”