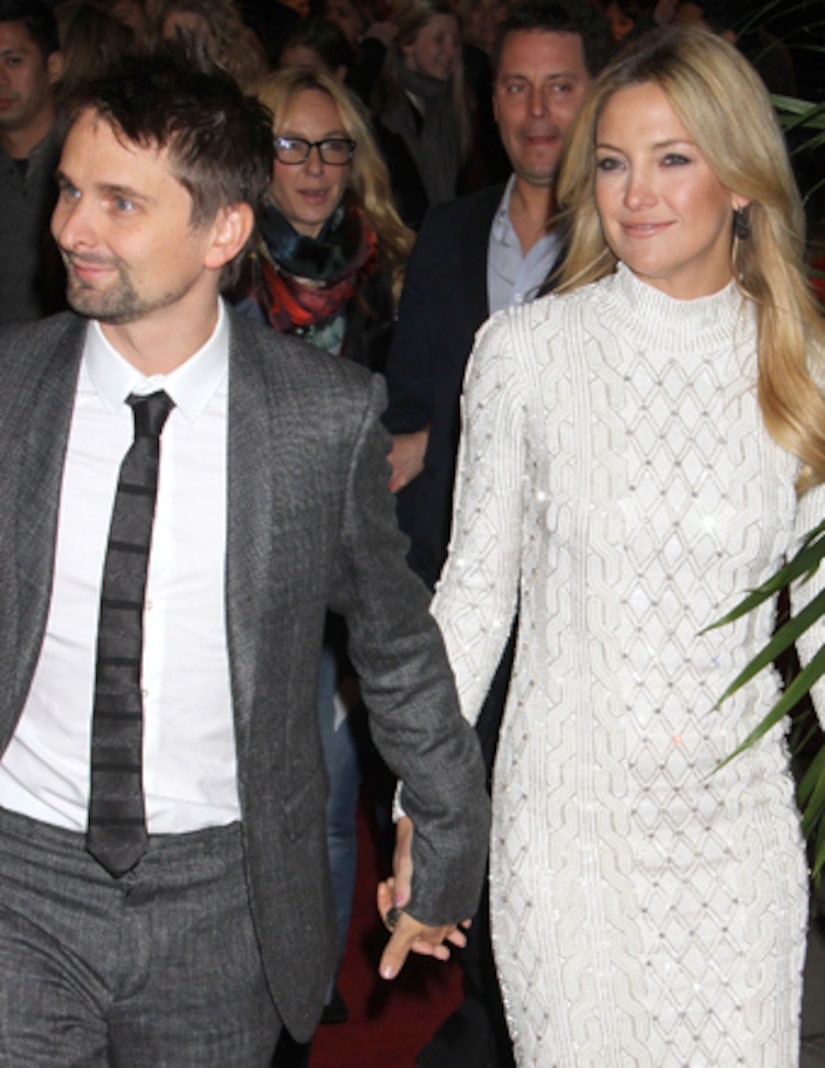 Actress Kate Hudson played coy when “Extra’s” Renee Bargh asked about her upcoming wedding to Muse’s Matt Bellamy, but she did drop a hint on when it will take place.

Kate admitted, “We still don’t have any plans to get married, but eventually we will… probably sooner rather than later.”

The couple did just celebrate Kate’s 35th birthday at Coachella, where Matt’s band Muse played. “My man played Coachella. It was our four-year anniversary and my birthday, and we met at Coachella, so it was kind of fun.”

Kate is also having fun with her Spring 2014 Fabletics active wear collection. "I think the best part is what’s happening in the community… I’m just about to go public on my Instagram which I am terrified to do, I never understood the concept, but now I am starting to get so into my private account and I just learned how to look up hash tags.”