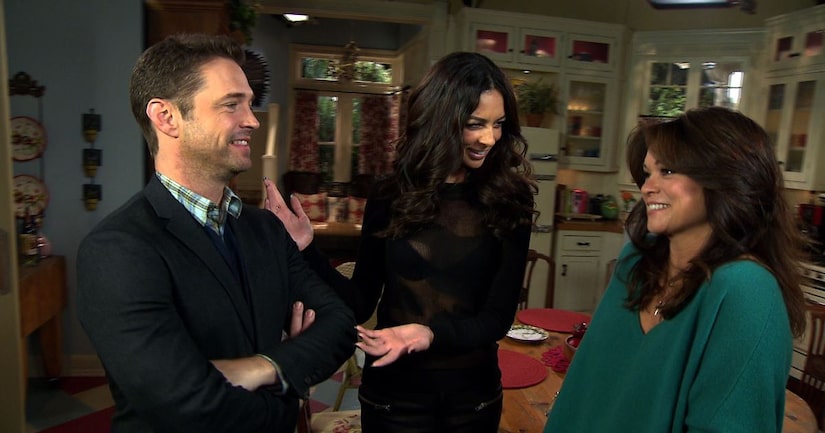 Actor Jason Priestly is guest-starring on TV Land's "Hot in Cleveland," and was with co-star Valerie Bertinelli on the set of the show telling "Extra's" Terri Seymour all about the episode.

Jason and Valerie also chatted about Priestly's role as Bertinelli's crush, and whether he'll be returning to the show. Watch!

The episode airs Wednesday, April 30 at 10 PM on TV Land.