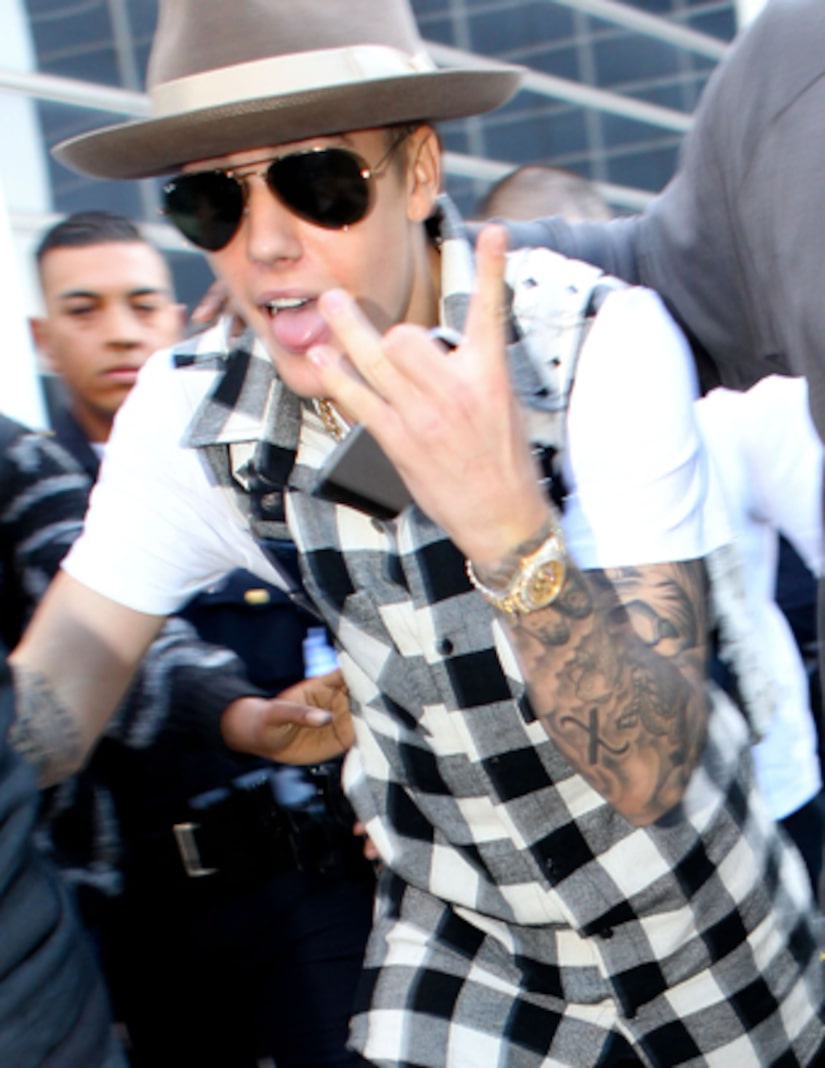 Singer Justin Bieber didn't exactly receive a warm welcome when he touched down at LAX on Thursday.

The teen idol, who was returning from a trip to Asia, was detained by Customs officials for nearly five hours after a flight from Tokyo, reports People.

Haters were probably hoping he was detained over a certain petition (more about that below), but People says that Justin was being held for "routine secondary questioning," not deportation.

When he was finally released, a frenzy of fans and photographers awaited him outside.

Last year, non-Beliebers started a petition asking that the Canadian's green card be revoked after he was arrested on DUI and assault charges.

While the petition received almost 274,000 signatures, experts say it isn't likely that Justin will be sent packing.