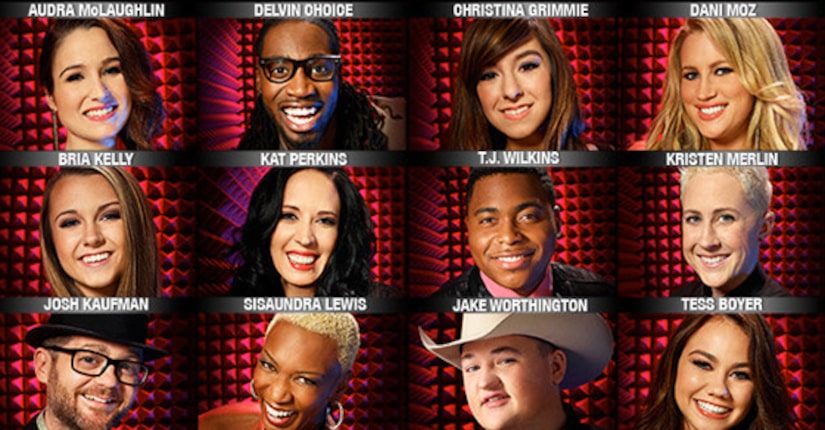 We live blogged the “The Voice” top 12 results episode!

At the start of the show the remaining contestants included:

8:59 PM: The #VoiceSave goes to... Tess Boyer! Sadly, it is time to say goodbye to TJ Wilkins and Dani Moz.

8:57 PM: The coaches are giving their final thoughts as the voting window closes.

'The Voice' Bootcamp Fan Competition: Vote For Your Favorite

8:51 PM: Tess Boyer belts out Kelly Clarkson's "Dark Side" hoping for a chance to move on in the competition.

8:50 PM: Carson reminds everyone that the #VoiceSave window is not open yet. When it is, be sure to tweet #VoiceSave and the contestant's name! Retweeting counts!

8:48 PM: Now it's Dani's turn. She sings Adele's "Turning Tables" in a last ditch effort to move on to the Top 10. Shakira asks America to "help her please!"

8:45 PM: TJ is singing for his life! Will his rendition of the Edwin McCain's "I'll Be" be enough to save him? Usher thinks so. The coach is asking America via Twitter to please #VoiceSave TJ.

8:40 PM: We have the bottom three. It is TJ Wilkins from Team Usher and Dani Moz and Tess Boyer from Team Shakira. Each will have a chance to perform before the #VoiceSave!

8:37 PM: Who else is safe? Bria Kelly from Team Usher, Christina Grimmie from Team Adam and Sisaundra Lewis from Team Blake.

8:34 PM: Team Blake is bringing some country to the stage singing Travis Tritt's "Put Some Drive in Your Country."

8:28 PM: More results... Delvin Choice from Team Adam and Jake Worthington from Team Blake are moving on to the Top 10!

8:22 PM: Shakira is showing off her sexy side! The coach is performing "Empire" wearing a see-through costume.

8:07 PM: That was quick, it's time for the first two safe contestants. America has saved... Josh Kaufman from Team Usher and Kat Perkins from Team Adam!

8:00 PM: We're live! The show kicks off with a look back at Monday's live auditions.

Watch “The Voice” Mondays and Tuesdays at 8 PM on NBC.