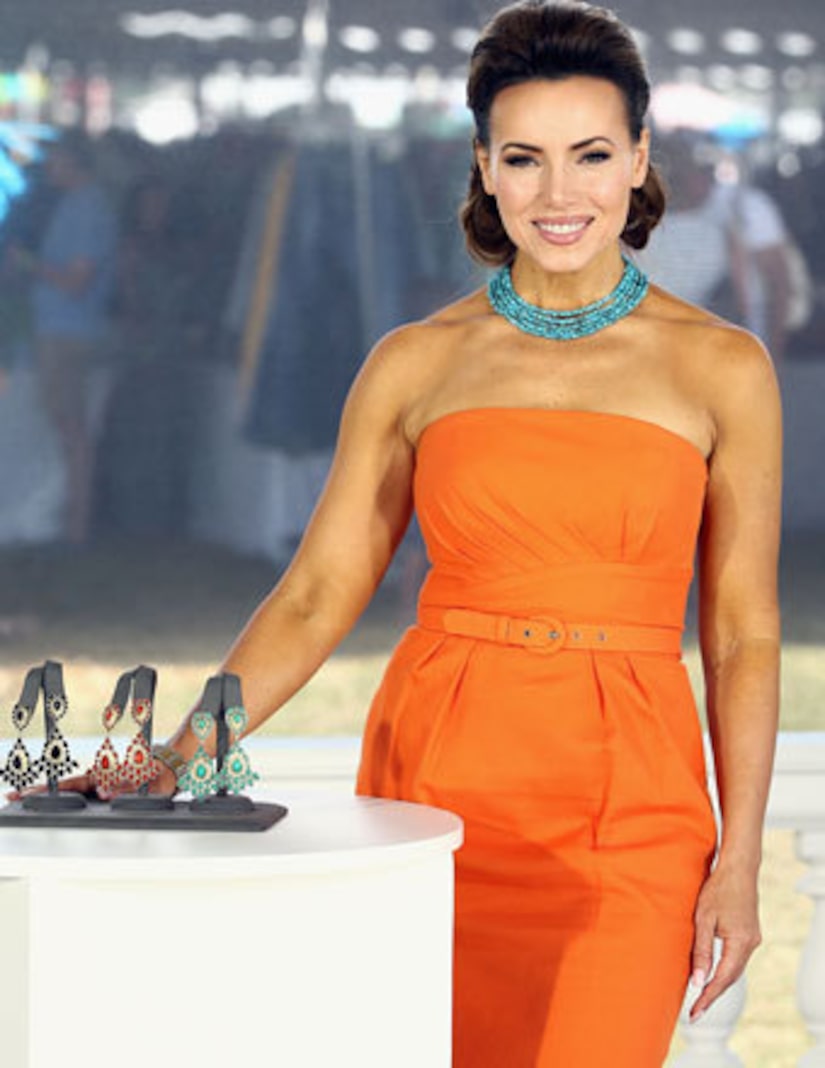 Lisa Robertson, a popular host on QVC, is scared for her life.

In court documents obtained by the Daily Local News of Chester County, PA, the former beauty queen says she lives in constant fear of stalkers.

“I lock myself in my house every day,” Robertson explained in a victim impact statement. “I check my alarm constantly… I watch my rearview mirror when I go home at night… if there is a sound at night, I lay awake wondering.”

One of the men she's afraid of is Peter Ferriera, 50. He was arrested ten years ago for following her to a movie theater. Police said he sat so close to the host that he could smell her popcorn. He plead guilty to stalking and served 132 days in jail.

He was later accused of violating that plea deal by trying to contact Robertson via Facebook. Ferriera admitted to posting 28 messages on the social networking site, and told police that he and Lisa had a “secret relationship.”

A judge sentenced him to seven years probation and told him not to contact the QVC star under any circumstances.

Another man reportedly drove to a fellow QVC host's house looking for Lisa. He supposedly had engagement rings and wedding bands taped to his chest.

In a statement to ABC News, Robertson said, “We enjoy the connection we have with our audience from being open and sharing our personal stories. Unfortunately, one of the downsides to this is that people can take these connections too far and cross personal boundaries.”