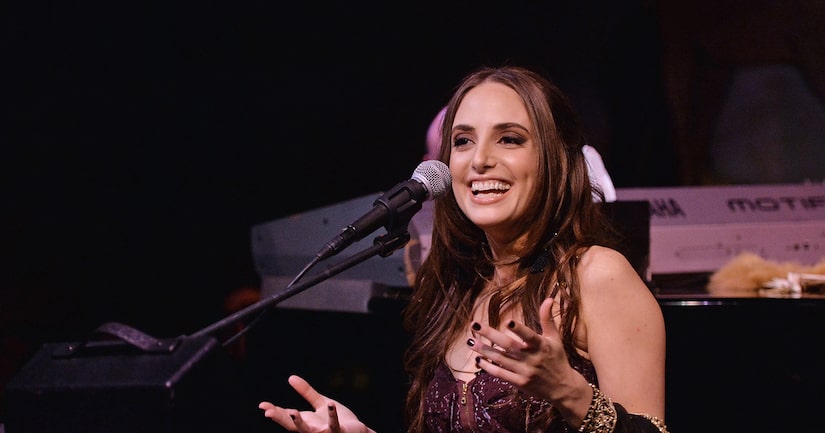 “Extra’s” Hilaria Baldwin caught up with Alexa Ray Joel in NYC on Wednesday, and the singer spoke for the first time about her health scare after she collapsed while performing in NYC over the weekend.

The 28-year-old daughter of Billy Joel and Christie Brinkley was singing to a sold-out crowd at NYC’s Café Carlyle when she lost consciousness and was rushed to the hospital. She was later released after being diagnosed with a non-serious condition.

Alexa told Baldwin, “I’m doing fine. I’m great, and I’m standing. I do tend to get a little bit of a low blood sugar drop. I was working shows in a row. You know it happens, singing is a physical act. I think I was just building up my stamina and it was a lot of shows in a row. Hey, life happens.”

The singer continued, “I really appreciate that everybody has been so respectful and not putting any salacious slant on the whole story.”

She added, “Everyone has been so caring and sweet and supportive. I’m getting all these messages on Facebook and social media of everyone asking how I’m doing. I really appreciate it, it’s helping me actually recover.”

In addition to working on her music, Alexa is helping teenage girls boost their self-esteem with Promgirl.com and the United Nation Foundations Girl Up charity. “Every girl should take a selfie or just a photo in their beautiful prom dress… for every photo that is uploaded on social media, a dollar is given to the charity.”