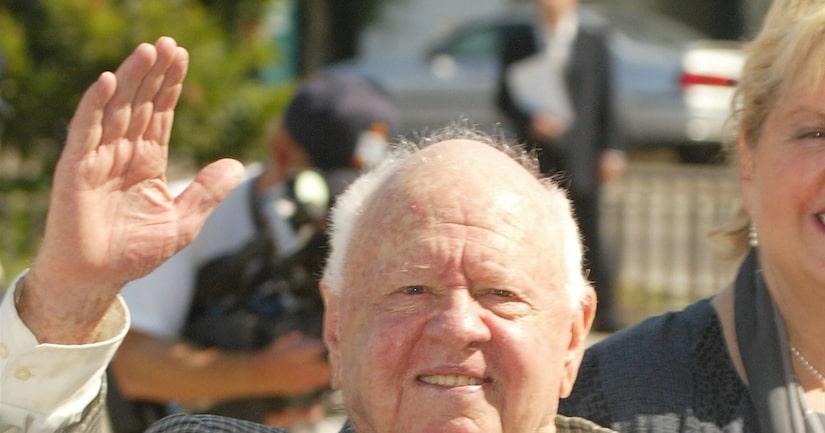 Veteran actor Mickey had an 80-year career, but in the end, he didn't have a fortune to show for it.

The 93-year-old, who died on Sunday, left an estate valued at a mere $18,000. The will, obtained by NBC News, disinherits Rooney's estranged wife of 35 years, Jan, and his nine children.

Rooney instead left the entire $18K estate to stepson Mark Aber, Jan's son, who was Mickey's primary caregiver in the actor's final months.

As for Jan, who was Rooney's eighth and final wife, she was named beneficiary of his pensions and Social Security when the couple separated in 2011.

At that same time, the “Night at the Museum” actor sued Jan's other biological son, Chris Aber and Chris' wife for elder abuse, claiming they stole money and deprived him of food and medications and would not let him leave his home.

According to the Hollywood Reporter, Chris Aber has denied the accusations, instead blaming his brother Mark for the family rift.

Rooney's trustee, Michael Augustine, also filed court documents on Tuesday to gain control of the actor's remains. Augustine is asking for an order to prevent Jan from removing his remains from Forest Lawn Cemetery, or from having any input into his funeral service.

A hearing is set for Friday to determine decision-making power over Mickey's funeral and burial.