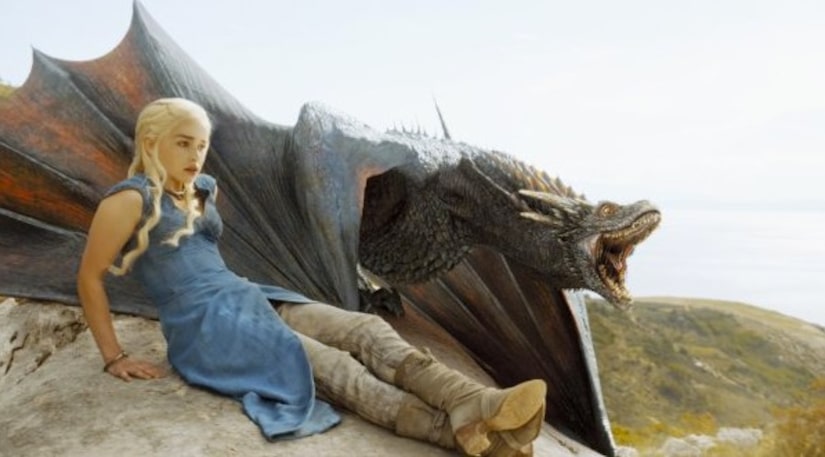 The hit HBO show “Game of Thrones” premieres Sunday, and we've been promised the darkest and bloodiest season yet, which is saying a lot since much blood and gnashing of teeth have already occurred in the land of Westeros. No one is safe on this show.

Here are some pertinent questions for Season 4:

How will the surviving Stark family handle the news that Lady Stark and eldest son Robb (along with Robb's pregnant wife) were brutally murdered at the now dreaded Red Wedding?

Not well, of that you can be sure. Tragically orphaned Ayra Stark is certainly vengeful and by being on the road with the murderous Hound, she's sure to pick up a few more brutal ways to kill. They are off to find Lady Stark's sister (remember the weird lady from Season 1 who was still breastfeeding her 8-year-old son?) Could a new force to be building?

Will Sansa Stark finally stand up for herself, or perhaps find a way to be more cunning? Now that she's married to Tyrion Lannister, maybe she'll learn some tricks of the trade from him. Get under the Lannister's skin, Sansa! In turn, we hope Tyrion is able to squash his siblings and find his moment to shine.

Speaking of the Lannisters, one-handed Jamie has returned to King's Landing, so will he and sister Cersei pick up where they left off in their incestuous love affair? Something tells us the oh-so- manipulative Cersei has had it with deformed brothers and being under her father Tywin's thumb. She plans to make a move… away from the entire family.

Will everyone finally figure out that sadistic boy King Joffrey Baratheon is really NOT the rightful heir to the Iron Throne but rather the product of Cersei and Jamie's coupling? Joffrey is set to marry Margery Tyrell, so maybe that wedding will be another doozy. Plus, former King Robert Baratheon's bastard son is out there and could spring up at any moment to pose a threat. Honestly, it's time to kill Joffrey off in some horrible, bloody way.

What about Jon Snow, Samwell Tarly and the Castle Black gang? Last we saw Jon, he rode into the Wall's headquarters, with three arrows shot into him by his now ex-love and wildling warrior Ygritte. From the previews, we guess Jon heals but will he be able to convince his fellow Night's Watchmen that the wildlings are coming and they're out for blood?

Are Stannis Baratheon, his witchy woman Melisandre and loyal advisor Davos really in the running to take over the Iron Throne? Probably not, there are too many other worthy candidates.

Speaking of candidates, Daenerys Targaryen aka Kalessi, aka Mother of Dragons is definitely in it for the long haul. She has amassed an army that considers her a Messiah-type figure, and she has plans to keep moving forward in her campaign. Will she succeed? She has dragons, what do you think?

Then again, do not discount young Bran Stark. Does he really have some kind of mystical destiny beyond the Wall that will make him the leader of Westeros? He does have that creepy ability to put his consciousness into others things… and that might include dragons AND the White Walkers.

What are these White Walkers anyway? Are they frozen zombies from the frostbitten forbidden zone? Whatever they are, the WW army is definitely on the move… so is this what they mean by “Winter is coming”?