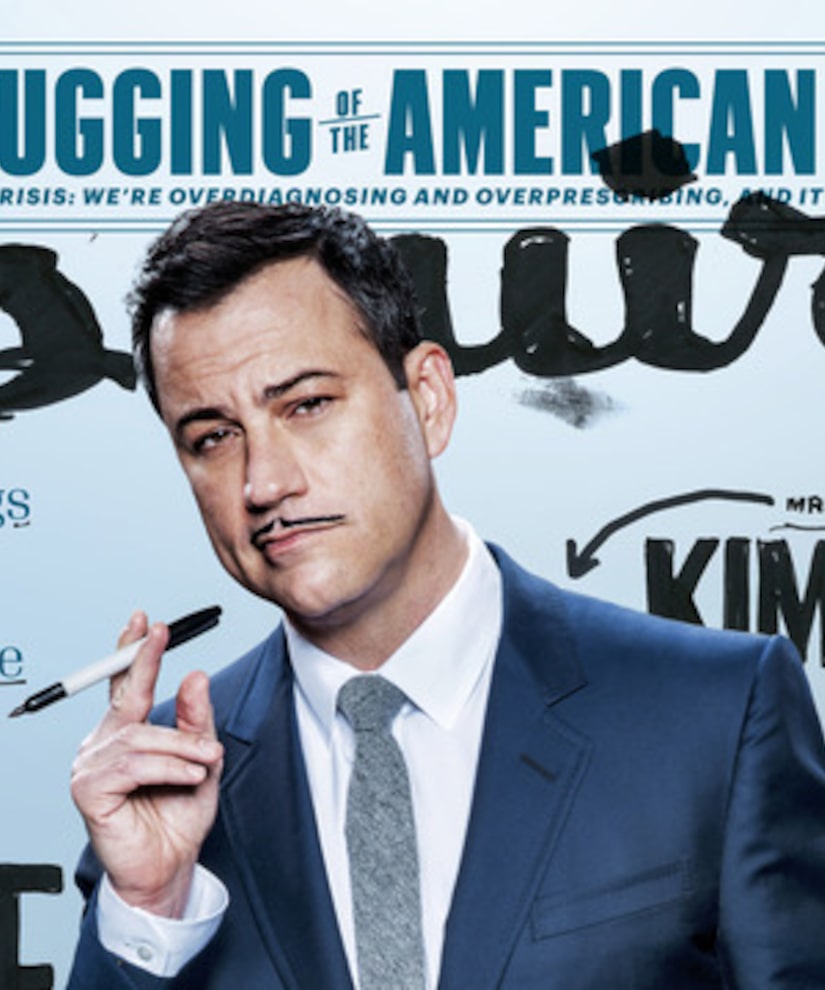 Late-night talk show host Jimmy Kimmel does his best James Bond pose (with a Sharpie mustache) on the cover of the April Issue of Esquire, on stands March 25.

Kimmel talks about the time he changed his name while working in radio. “I worked in a station once where there were two other disc jockeys named Jimmy. So I became Chris Kimmel. I didn't hate it. Then I was Jimmy again. Chris Kimmel. I'd still answer to it. But in the end, I'm a Jimmy.”