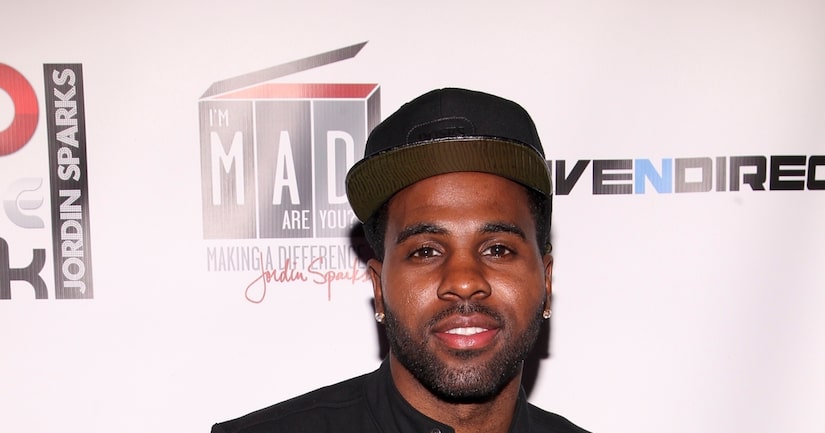 “Extra’s” Renee Bargh was backstage with Jason Derulo, after the singer performed his hit song “Talk Dirty to Me” on the premiere of “Dancing with the Stars.”

Derulo named all the artists he collaborated with on his new album, “Tattoos,” saying Snoop Dogg was the one he was most excited about. “I was really dying to collaborate with Snoop. I really wanted to do something like with an icon like that… it’s my first time doing something with somebody I consider a legend.”

Jason added, “It’s actually my next single, and I’ll give you the exclusive. It’s called ‘Wiggle.’”

The singer also recorded “Marry Me” with girlfriend Jordin Sparks, but admitted the song is not necessarily a sign of engagement. Jason smiled, saying he will propose “when the time is right, when the stars are aligned. You just wait for that right time.”

“Tattoos” will be available April 15.